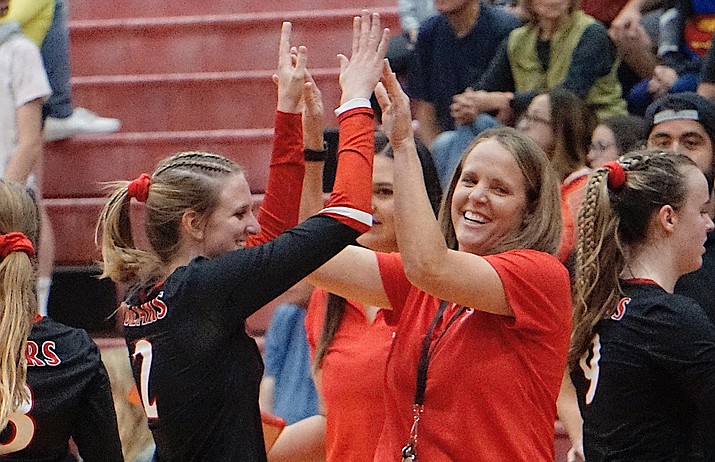 COTTONWOOD — Following up an impressive showing at the Ceil Billings Tournament on Saturday, Bradshaw Mountain volleyball returned to Grand Canyon play to defeat Mingus 3-1 on the road Tuesday night.

So far, the Bears are proving to be a complete and well-rounded team, cruising past teams like Tempe, St. Mary’s, Prescott and now Mingus. They did drop one to Estrella Foothills 3-0 on Sept. 10 and another to Veritas Prep, but that only was during the 4-1 outing at the aforementioned Ceil Billings Tournament.

Bradshaw Mountain’s regular standouts showed up to play in the match against Mingus as senior OH Mailani Manuel racked up 17 kills on the night while senior OH Jordyn Moser contributed 11 of her own. Senior MH Peyton Bradshaw — the team’s namesake player — piled up 15 digs while sophomore S Nicole Shaver recorded seven serving aces.

The Bears took the first, third and fourth sets rather convincingly, winning by five in both the first and third before closing it out in the fourth 25-13. Even in the second set in which the Bears lost, the Marauders needed to work for it as they only won by a narrow 28-26 margin.