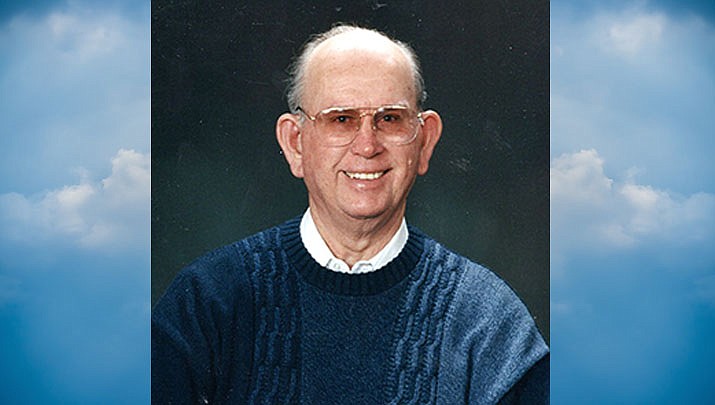 Jim grew up in San Diego and eventually moved to El Cajon where he met his soul mate, Angie.

They married on June 27, 1959, and raised a family. Jim was a longtime employee of Pacific Bell until he retired in 1990 and moved to Prescott, where he resided for the past 30 years.

He is preceded in death by his parents, Julius and Velma Hansen; his loving wife, Angeline Kathryn Hansen; and brother, Robert Hansen.

Jim is survived by his three children, Valerie Lydie and her husband, Phil, of Murrieta, California; Jim Hansen of Mililani, Hawaii; and Michael Hansen and his wife, Teresa, of Monroe, North Carolina; 15 grandchildren, Erin, Erik, Ryan, Lauren, Anthony, Tanner, Taylor, Joseph, Britney, Matt, James, Krista, Sara, Alex and Alisha; 12 great-grandchildren; two sisters, Shirley and Gloria; two brothers-in-law, Rob and Joe; along with many family and friends. He will be dearly missed by all.

Jim’s funeral will begin at 11 a.m. Saturday, Sept. 21, 2019, at the Westside Christian Church at 5860 N. Williamson Valley Road in Prescott, followed immediately by a Celebration of Life at the Hidden Valley Ranch Recreation Center, 1615 Coyote Road in Prescott.