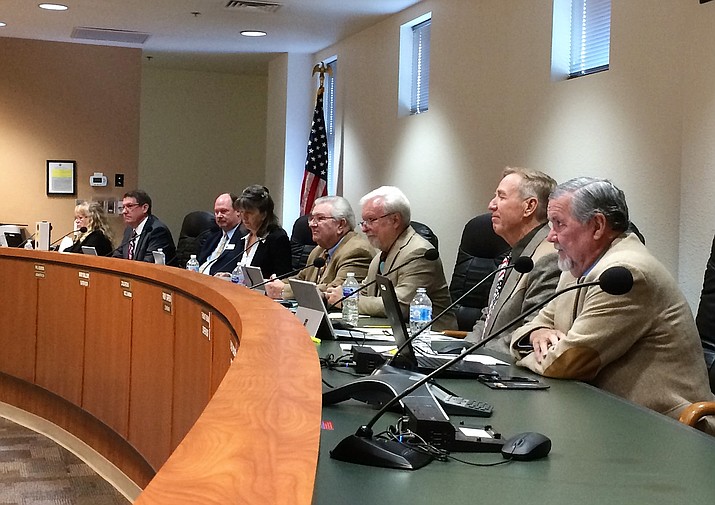 COTTONWOOD — A hearing that was originally held in May is scheduled to be repeated this coming week by the Yavapai County Board of Supervisors as part of its regular meeting.

The agenda for the board’s Wednesday, Sept. 18 meeting — set for 9 a.m. at the Yavapai County Administrative Services Verde Valley Complex, 10 S. Sixth St. in Cottonwood — includes a hearing on the county’s well-water code.

Board Chair Randy Garrison told the Verde Independent the repeal of the well water code was passed unanimously at a meeting in May, but insufficient notice had been given, so the hearing must be advertised and held again.

David McAtee, public information officer for the Yavapai County Board of Supervisors, said public notice that ran in advance of the May 15 Board meeting was not proper.

“The notice said that there would be a courtesy hearing on May 1, and then the board would vote on the issue on May 15,” McAtee said. “It didn’t specifically state the May 15 action item was a ‘hearing,’ so the board has decided to give it a second public notice and a second hearing, allow for public comment, before voting again.”

McAtee said a courtesy hearing was held on May 1.

The Water Well Code was approved by the board in March 2003, and, since its inception, has been used in only one case, McAtee said.

“Staff feels that this code is no longer applicable, as state rules already address all the issues covered under this code,” he said. “Staff’s position is that this is duplicitous and unnecessary, as ADEQ and ADWR regulations are already being enforced.”

Out of an abundance of caution, McAtee said, Yavapai County Development Services Director David Williams will present Wednesday, to the board, his original findings, allow for public comment, and then the board will vote on the issue once again, as it did on May 15.

Garrison said while he’s always open-minded to new information as part of public comment, he isn’t aware of new information set to be presented by county staff on the proposed repeal.

In all, Wednesday’s agenda contains 36 items, 26 of which are consent agenda items that may be approved with a single vote. There are also three executive-session items.

The well water code item is one of two hearings. The other hearing is consideration of a zoning change for a Beaver Creek-area shopping center.

That change would re-designate an 8.17-acre lot — which is on the southeast corner of East Beaver Creek Road and North Dave Wingfield Road — from residential single family-limited minimum lot to C2-1, which is commercial-general sales.

The Verde Independent is a sister publication to The Daily Courier.