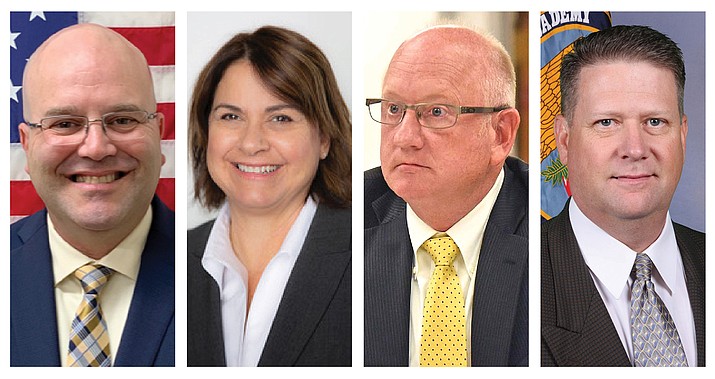 From left to right, Capt. Joseph Deras, Kathleen Elliot, Maj. Greg Volker, and Lt. Steven Roser will be available this evening, Sept. 12, to meet with the public and answer questions from 4 to 6 p.m. at the Prescott Valley Public Library third floor Crystal Room. (Town of Prescott Valley/Courtesy)

All four applicants for the vacant chief of police position with the PVPD, will be available this evening, Sept. 12, to meet with the public and answer questions from 4 to 6 p.m. at the Prescott Valley Public Library, third-floor Crystal Room, 7401 Skoog Blvd.

Here are some facts as submitted to the town during the application process and comments from the finalists: 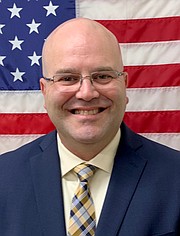 Joseph Deras is currently a captain for the Gilroy Police Department in California. (Courtesy)

Capt. Joseph Deras hails from Gilroy, Calif., and most recently is assigned as police captain to the Special Operations Division of the Gilroy Police Department where he has worked for 16 years. Prior to that he worked seven years with the San Jose PD, one year with Marina Department of Public Safety and three years with Soledad PD. He also teaches in the Criminal Justice Program at Gavilan Community College.

In addition to supervising a Youth Task Force, establishing a blingual community police academy and decreasing gang-related crime by 20%, Deras considers the handling of an active shooter event in late July as one of his most notable accomplishments.

He was one of a four-person team that handled the scene, witnesses, triple homicide investigation, officer-involved shooting, international media and collaboration with federal agencies. In addition, he provided comfort and leadership to staff, families and the community.

“The actions of our entire department, our training, equipment and our command team performed flawlessly,” Deras said in his application.

In answer to which three issues in the nation are most relevant to PVPD, he said community engagement, implicit bias and use of force. 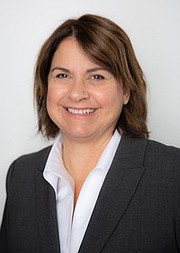 Kathleen Elliott is a former assistant chief of police for the Mesa Police Department. (Courtesy)

Her recent accomplishments at the Gila River Indian Community included implementation of an accountability-based program to lower crime rate, producing a 40% reduction in some areas; setting up public outreach programs that included a Citizens Police Academy, Rape Aggression Defense classes, youth mentoring through Big Brothers Big Sisters and a Citizen Advisory Board; and the Tribal Access Program, which made it possible to track and extradite offenders if they fled the tribe’s jurisdiction.

This latter pilot program through the Department of Justice was quite successful and the department has taken the lead role in teaching others.

Having worked for the Mesa PD, with 1,200 employees, and for the Gila River PD with 193 employees, she said, “I’ve already made that transition going from Mesa to a smaller community.”

Elliot lists the top three issues as response to the mentally ill in crisis, opioid epidemic and officer wellness. 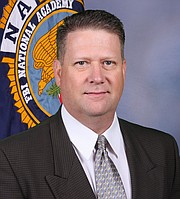 Steven Roser is currently a shift commander for the City of Phoenix Police Department. (Courtesy)

Lt. Steven Roser presently serves as shift commander of Central City Precinct, Phoenix Police Department, where he is responsible for the downtown area, including safety and security of the mayor, council and city court buildings.

Roser lists his top three accomplishments as being selected by his peers and agency’s leaders to represent the Phoenix PD at the Federal Bureau of Investigations National Academy; overseeing the Laboratory Service Bureau, the state’s largest, single-standing crime lab; and his present leadership position in which he and his team developed a three-phase security system process to ensure the safety and security of government buildings, visitors and employees.

“My team has run three successful city elections, two inaugurations and hundreds of crucial city meetings over the past year,” he wrote in his application.

Roser states the three most relevant issues in the U.S. and PV include use-of-force concerns, leadership and building community trust. 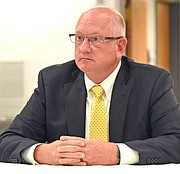 Greg Volker is a major with the Missouri Police Department in Kansas City, Missouri. (Courtesy)

Maj. Greg Volker has served with the Kansas City, Mo., Police Department since 1992. He presently commands the East Patrol Division overseeing 163 employees and a 24-hour detention center. This is the highest crime area in the six Kansas City patrol divisions.

His three most notable accomplishments include using “focused deterrence” community policing in a particularly high crime area, which helped reduce homicides from 11 in 2017 to zero in 2018; increasing Hispanic community participation from zero to 350 participants at meetings, establishing trust, and adding Spanish-speaking officers to the division; and strongly supporting professional development for officers and staff.

“I like to see people and places improve,” Volker said. “I look to see them find their potential.”

He said the lack of law enforcement accountability in some jurisdictions has reduced the effectiveness of community policing, and he has found it effective to have weekly crime/community meetings with nonaggressive open discussion to promote teamwork.

Volker lists use of force, active shooters and the trend toward illicit drug legalization as the three most relevant issues facing the nation and Prescott Valley.