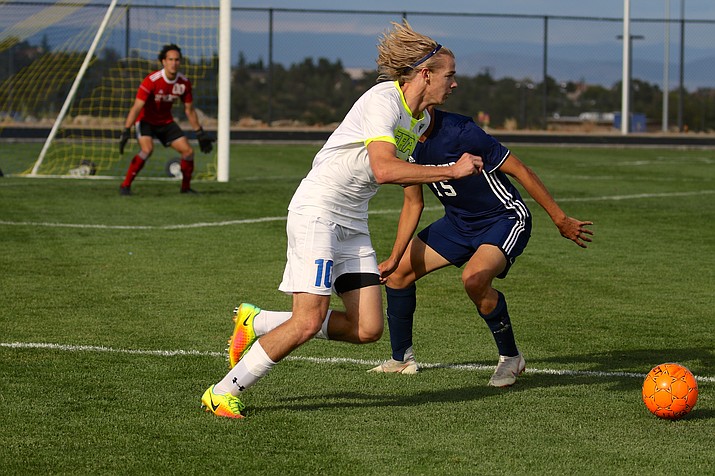 PRESCOTT — Although the season is still young, Embry-Riddle men’s soccer made a big statement Saturday night when it toppled No. 13 Southern Oregon 3-1 behind senior Mason Laaksonen’s two goals.

Coming off a 2-2, double-overtime draw with the University of Providence on Friday, ERAU was sure to show some signs of fatigue in Saturday’s home match against a ranked opponent. However, the Eagles were the ones to come out firing against Sothern Oregon as junior Simon Jensen found sophomore Chiediu Ikeme on the left wing, who then fed Laaksonen at the top of the 18-yard box to score the game’s first goal.

Laaksonen wasn’t done just yet as the forward bagged his second goal when he collected a cross at the top of the box and placed into the bottom left corner of the net. This gave the Eagles a 2-0 lead going into the half and it was something they would never surrender the rest of the game.

After Southern Oregon scored to bring themselves within striking distance, ERAU sophomore Pedro Mena put the game on ice in the 81st minute when he ripped one through traffic after a botched clearance to give the Eagles a 3-1 lead.