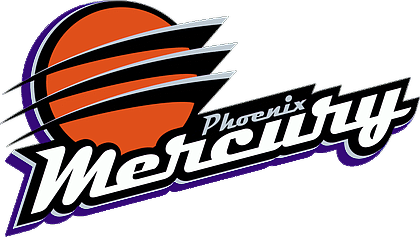 PHOENIX — Liz Cambage had 21 points and A'ja Wilson scored eight of her 20 points in the final three-plus minutes to help the Las Vegas Aces beat the Phoenix Mercury 98-89 on Sunday, clinching the No. 4 seed in the playoffs.

The Aces, who missed the playoffs each of the last four years earned a bye in Wednesday's first round and will host a second-round game on Sept. 15.

Wilson hit a jumper to tie the game at 89 and spark an 11-0 closing run by Las Vegas (21-13) as the Mercury went 0 for 5 from the field and committed three turnovers over the final three minutes.

The Mercury have lost four in a row and finished with their lowest win total since going 7-27 in 2012.

Diana Taurasi, the WNBA's career leader with 8,575 points, missed her second consecutive game for Phoenix with a hamstring injury. Taurasi, who had back surgery in late April, appeared in just six games this season but the Mercury are hopeful that she'll be active for Wednesday's game.