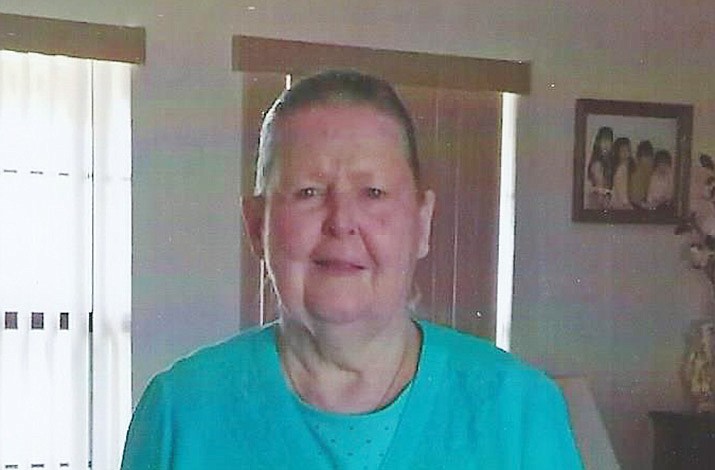 Kay was raised in Casa Grande, Arizona, and graduated from CGUHS in 1959 with honors. She attended St. Joseph’s Hospital School of Nursing and graduated in 1962.

Kay then moved to Somerville, Massachusetts, and became a full-time mother of four.

In 1984, she and Frank and the two younger boys moved to Chino Valley. It was then that Kay joined the Lioness Club and became a member of the Chino Valley library board.

Kay has also been a member of the congregation of St. Catherine Labouré Catholic Church since 1984.

Soon afterwards she started the first of five years volunteering in the DAV Thrift store, and in 1988 added volunteering at the VA Medical Center.

She earned 7,500 hours of volunteer time at the VA and did the orientation for new volunteers for several years. During this time she also attended Yavapai College.

She earned an AA degree and graduated with honors in 2002.

She was a member of the Disabled American Veterans Auxiliary beginning in 1986. During this time she served as commander for four years and adjutant for 17.

Kay’s favorite word was “peace” and she loved the song “Imagine” by John Lennon. Her family was always her first priority, and she loved to talk about the accomplishments of her grandchildren.