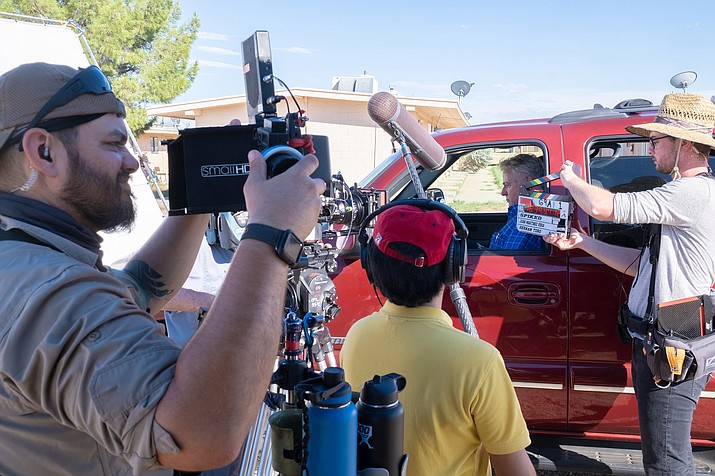 Aidan Quinn stars in "Spiked," written and directed by Juan Martinez Vera and filmed on location in Arizona. The film tells the story of the murder of a migrant worker, an event that shakes a Southwest border town to its core. (Courtesy photo by Shaun Monahan)

Actor Aidan Quinn will star in a movie partly inspired by the life of local newspaper owner Joseph Soldwedel and his near-death experience while living in the Prescott area.

Quinn, known for his current role on the CBS show "Elementary," will appear in the indie suspense film "Spiked," written and directed by Juan Martinez Vera and produced by Per Melita.

Soldwedel has had a colorful career as a newspaper publisher and as president and owner of Western News&Info, Inc., (WNI) the parent company of The Daily Courier. WNI also owns newspapers in Prescott Valley, Chino Valley, Kingman, Cottonwood, Camp Verde, Lake Havasu City and other northern Arizona communities. Soldwedel was honored by the Arizona Newspapers Association in 2001 after launching a series of investigative news reports on law enforcement and government agencies in southern Arizona. According to a company press release, in 2017 after falling ill for no apparent reason, medical tests found lethal levels of the heavy metal thallium in Soldwedel’s system. He's been spearheading an investigation into possible causes.

"After learning of my poisoning odyssey, director Vera contacted me in late 2017 about the prospects of producing a full-length feature film," Soldwedel said. "Based on my 2001 journalistic ordeal with southern Arizona law enforcement and our shared desire to expose acts of injustice, Mr. Vera decided to expand the scope of the film's plot." 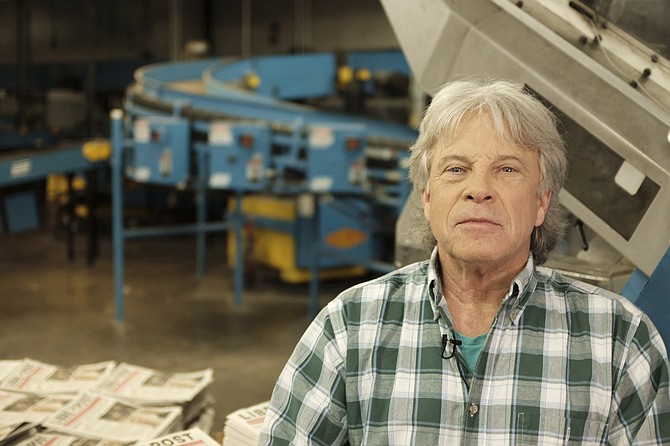 Joseph Soldwedel is executive producer for the upcoming indie suspense film "Spiked." Soldwedel is president and owner of Western News&Info, Inc., the parent company of The Daily Courier. (Courtesy photo by Gregg Brilliant)

The film tells the story of the murder of a migrant worker, an event that shakes a Southwest border town to its core and erupts into a feud between a newspaper owner and the chief of police. Their lives collide in a battle for justice.

"I was inspired to develop this project after reading real-life stories of immigrants suffering abuse of power from law enforcement agencies 20 years ago and was moved by how relevant these stories are today as immigrant families continue to face inhumane and unjust treatment," Vera said.

"To say the least, taking part in the filmmaking process is an extraordinary experience — one you only dream of doing," Soldwedel said. "My son Brett and I are honored to work closely with some of the industry's most talented people.”

Production of the film is currently underway filming final scenes on location near Tucson through the end of September. Producers hope to showcase the movie on the festival circuit next year.