Brooks: While we haggle over roundabouts, let’s learn to drive 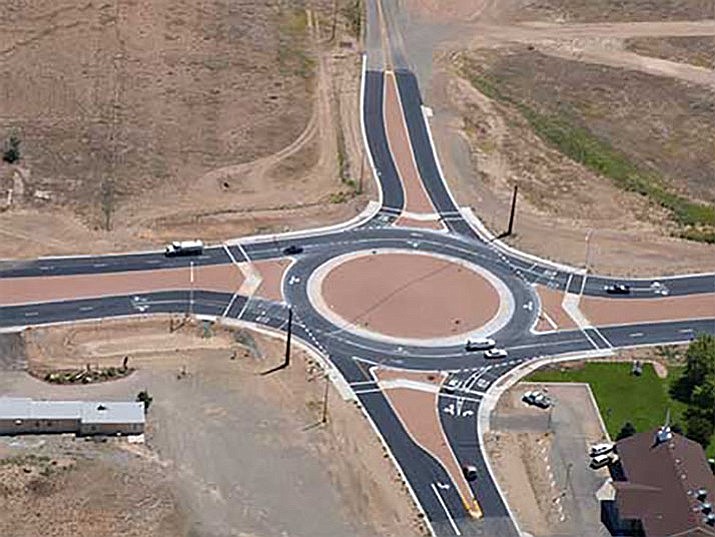 When we publish news of a wreck along a local roadway, reader reactions tend to go in one of two directions: blame the driver or blame the folks who constructed the road.

We don’t have to choose.

While we continue to advocate for better designs and overall planning that accounts for more cars, buses and trucks than we currently see, let’s also focus on getting it right behind the wheel.

Safe driving could have almost as many definitions as there are citizens. We can also follow the basic axiom that the safest drivers have few or zero wrecks.

We can use the cliché that “speed kills.” Slower drivers tend to hit fewer things, as do undistracted drivers — and by “distracted” we not only mean electronics but substances that impair.

Put the phone down and focus on maintaining lanes and a safe speed for conditions. Also, stop trying to be first — there is no reward for getting to the next junction before anyone else.

Roundabouts save government from having to maintain the poles and other infrastructure needed for traffic signals, and avoid the certain interruptions that go with stop signs.

Not to mention, this design tremendously reduces the possibility of head-on or high-speed collisions.

We’re going to see more roundabouts. Transportation departments are simply not going to rip them out and increase the amount of fiddling with signals and the power linkage (and power outages) that goes with those lighted signal stops.

Roundabouts are a mostly European concept, although there are a few “traffic circles” or “rotaries” in the eastern half of the U.S. One of the first modern roundabouts was built not far from Arizona — in Summerlin, Nevada, near Las Vegas — in 1990, and the idea has taken off, despite the reluctance of the general public to accept them.

In the Verde Valley, one of the best case studies of the effectiveness of roundabouts is to observe the daily traffic logjams at the three-way stop at 6th Street and Mingus Avenue in Cottonwood. Compare that to the roundabout at Mingus and Willard Street

just a few hundred feet to the west.

Polls taken before roundabouts are installed generally show a negative opinion of the concept, but this usually changes to a much more favorable opinion as people become more used to them.

The main roundabout adjustment required by drivers is speed: trucks, and even some passenger vehicles overturn when someone takes a curve too hard.

Also, it’s important to remember what a “yield” sign means. If there’s a vehicle rounding the curve in front of you, stop; if not, proceed.

Approach roundabouts cautiously. Avoid slamming on your brakes — especially with traffic behind you; move slowly up to the roundabout, in case you have to stop.

All roundabouts are difficult adjustments for drivers who’ve been taking the same roads for years — especially those of us who driven Highway 260 between Camp Verde and Cottonwood, or other similar direct routes, at high speeds all of our adult lives.

However, the time has come to do the adult thing of treating roads with the respect they’ve earned — sometimes at the expense of the lives of human beings. We should always push for better conditions, surfaces and designs, but until those changes come, show other drivers and science that you’re willing to play nice.

Be smart. Be safe.

Jason W. Brooks is the associate editor for two of the Courier’s sister publications, the Verde Independent and the Camp Verde Bugle.

Love them or hate them? There are arguments on both sides of roundabouts
Letter: Roundabouts cheaper, safer
Column: Drivers should prep for age of roundabouts
Roundabouts too complicated for AZ drivers
Column: Traffic roundabouts are a learning challenge that can save lives