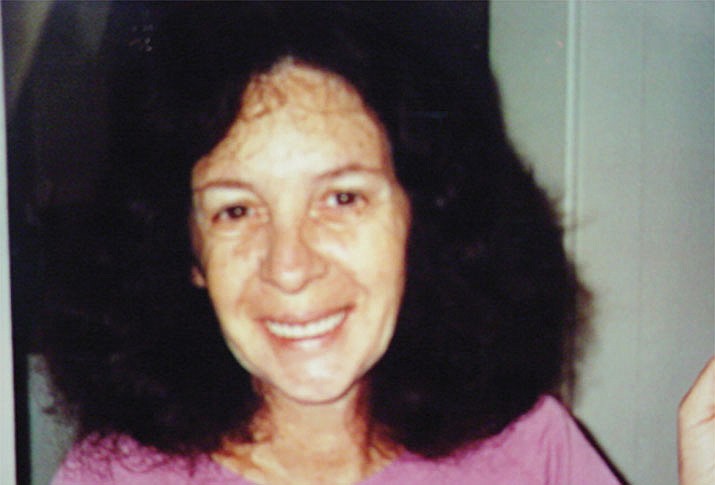 Yavapai County Sheriff’s Office “Cold Case” detectives are asking for help from the public in the unsolved murder case of Arleen Cilione.

On September 19, 2002, 60-year-old Cilione was celebrating her birthday not knowing it would be her last.

That evening, she stopped at Donna's Hut bar, went to the American Legion in Prescott and returned to Donna’s Hut, which was located off of West Goodwin Street in the Park Plaza shopping center.

Cilione was last seen with two men in the parking lot in front of the bar. A possible van was also in the parking lot and may have been involved in her disappearance. Four months later, her decomposed body was found off White Spar Road south of Prescott. Evidence showed she had been murdered.

Witnesses recalled seeing two taxi cabs parked in the Park Plaza parking lot on Goodwin right around 9 p.m. YCSO detectives have identified both cab drivers, thanks to the public’s help.

Cilione was 5-foot-2 and weighed 110 pounds with brown hair and brown eyes.

Anyone with information on the names of the men Cilione was speaking with in the parking lot or on the van and its occupants is asked to contact Yavapai Silent Witness at 1-800-932-3232 or submit a tip at yavapaisw.com. All tips through Silent Witness are anonymous.

Information that leads to an arrest in this case may result in the tipster receiving a cash reward.