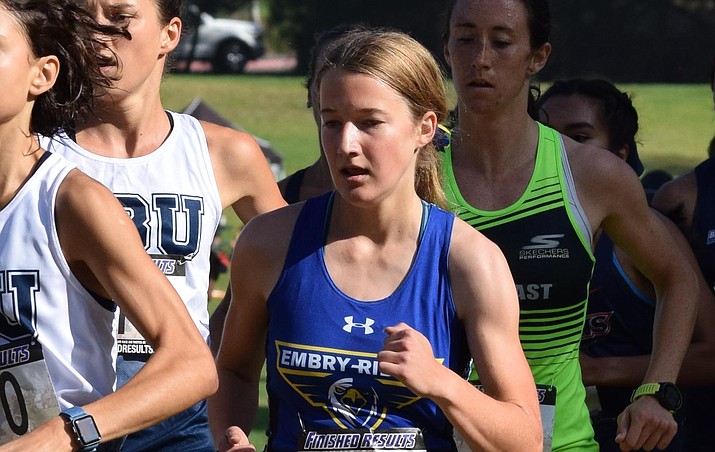 PRESCOTT — History was made for Embry-Riddle cross-country on Wednesday when sophomore Ariana Anderson became the first Eagle to ever be named a Women’s Cross Country Runner of the Week by the NAIA.

Anderson received this award after she returned to her home state of California for the Mark Covert Classic at Cal State Fullerton and delivered an impressive performance. She ran the 5K race in 18 minutes and four seconds, which was the fastest that course has ever seen by a non-NCAA Division I runner since 2007.

To top it off, the time isn’t even her personal record as the Torrance native finished fourth out of 200 runners and was only bested by Division 1 and club runners.

Anderson and the Eagles’ next race will be their own Embry-Riddle Arizona Invitational on Saturday, Sept. 14, starting at 8:30 a.m.