Cantlon: The poll is wrong, the young are good 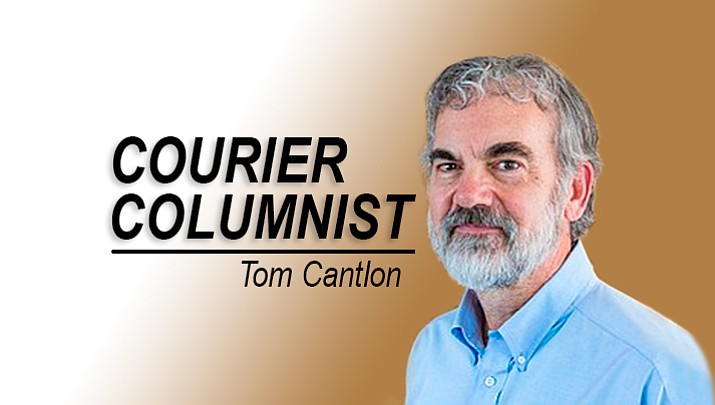 EDITOR'S NOTE: This story has been updated from a previous version to reflect the incorrect college being named. It is in fact Prescott College.

A poll showing some positive results on the young

Despite a recent poll I am not at all concerned about whether young people are going to have enough commitment, or will be up to the work of being the next impressive generation.

A recent Wall Street Journal poll finds young people are not as big on the ideas of patriotism and religion as older generations.

This has led to a flurry of news and opinion pieces about the decline of this generation. One example, long-time conservative pundit Cal Thomas in a piece on Fox News asked, “How can this be” that those virtues which, “the founders and subsequent generations believed in ... the current generation seems cool to?”

Bunk. Being good is an unequivocal virtue. Religion and patriotism? They depend on definition. Even among those young who are committed to being good, who can blame them for not being fond of what they understand as religion, when a large part of it has aligned with intolerant ways and very un-Christian leaders? Or patriotism, when too many of the loudest proclaimers of it seem to be more about tribalism and eagerness at war?

Now, had the poll asked about commitment to being good, to giving back, to spiritual growth, they might have gotten very different results. The poll may be telling us something about those who created the questions, how they might think you can be considered a good person only if you do it their way, on their terms. The poll may say more about the questioners than about the respondents.

In fact, the virtue of the young is right there, in the very same poll for crying out loud! Something those hand-wringing pundits failed to mention. The young believe overwhelmingly in hard work, and they believe, even more than us oldsters, in community involvement and tolerance.

In a couple of other recent polls (all links online), among the young: A solid majority are worried about the moral direction of the country, still think that America is the greatest country, think running for office is admirable, and do considerably more volunteer work than us oldsters did at their age.

Right here locally, to pick just two of many available examples, we have Embry-Riddle students studying national security, and Prescott College students studying how to protect the global environment, so that we will still have something to secure. They’re working their tails off to do work that makes a difference.

Am I worried about the young generation? Phhht! Far from it. I’m thrilled the future is in such hands.

One, that those who may not think of themselves as religious, or claim the word patriot, but who want to do good, and who love our country’s core principles, continue to live out those beliefs.

Two, if those who claim religion and patriotism actually live up to the good things those terms should mean.

Will enough of those two things happen? Will the new generation do well compared to the generations winding down? From all I see I’m confident they will do at least as well, if not better.

Tom Cantlon is a local business owner and writer, and can be reached at comments at tomcantlon.com.

Giving to others has been life's goal
We need to learn about real Constitution
Cantlon: Republicans and climate change
Cantlon: Avoiding the next Kristallnacht
Cantlon: Luring remote workers here