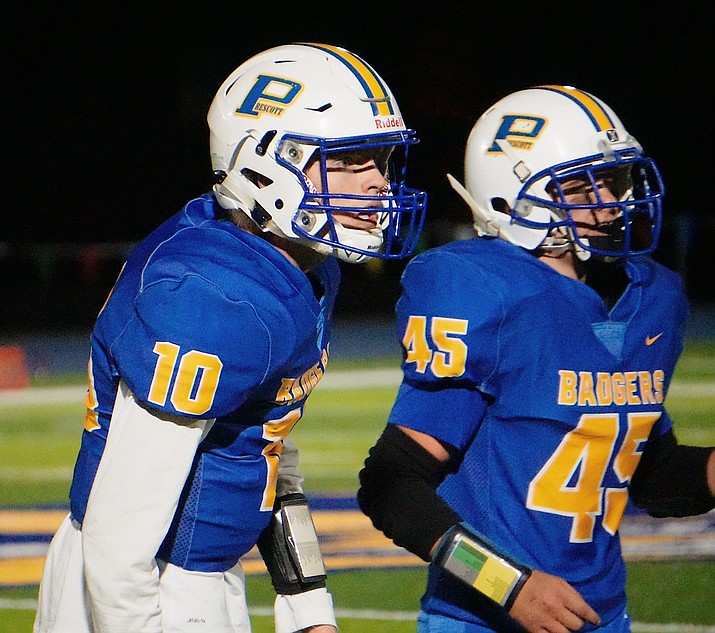 Who: #13 Prescott Badgers at Mingus Marauders

Last Week: Prescott – Quarterback Dellin Boyd threw for two touchdowns and ran for another in a 48-7 rout over Lee Williams a week ago. The Badgers have won three straight and six of seven after starting the fall 0-2; Mingus – After claiming a Grand Canyon region title a season ago, the 2019 season hasn’t worked out for the Marauders as the club from Cottonwood is having one of its worst seasons in recent memory. Head coach Robert Ortiz was suspended for the remainder of the season Oct. 4 after drawing three unsportsmanlike conduct penalties and was ejected in the 29-28 loss to Mohave. The Marauders have won at least five games every season since 2004 (when MaxPreps records began). It is unknown if Mingus has ever go winless during a football season.

The Setting: The Badgers find themselves in a good spot with a No. 13 ranking in the state power point rankings. With the new open division rules, two-to-three clubs could be removed from 4A atop the standings to play in a separate playoff, meaning Prescott could end up with a No. 10 seed if they’re able to beat the Marauders on Friday night. If they lose, the hometown club risks dropping in ranking, possibly No. 14-16, and with potentially two region champions ranked in the 20s this season, Prescott may not want to tempt that fate.