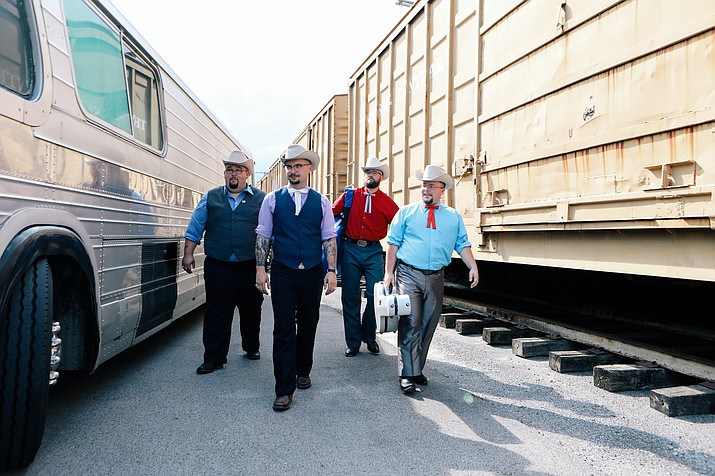 Bluegrass group Po’ Ramblin’ Boys, who recently appeared on the Grand Ole Opry stage in Nashville, are coming to Prescott for the first time as Folk Sessions brings the band to the main stage at Prescott Center for the Arts.

Having started at a club in Tennessee playing a 10-hour-a-day gig three days a week and five hours the other days, this will be their second time in Arizona, said guitarist Josh Rinkel. They fully embrace the retro sound of the 1950s, which Rinkel said is all about sticking to what bluegrass is all about. There’s enough plaid shirts and blue jeans in modern country music, he said.

“We just like the whole truth of what bluegrass originally was. We like to put our own spin on it too,” Rinkel said. “It’s just honoring the forefathers and keeping it real.”

Tickets, available at www.pca-az.net, start at $25.

Having played those 10-hour days, Rinkel said it feels like the band has paid its dues, put it's time in and worked for it's success. They never set out to conquer anything but be a band comprised of buddies, doing it because they want to, he said. They enjoy seeing the people who are really liking it and they owe it to themselves and their fans to keep pushing forward, Rinkel said.

Those coming to the show will see something a little bit different, he said. The Po’ Ramblin’ Boys not only appeal to those who enjoy bluegrass music, but those who aren’t really that into it or who used to be but stopped listening, he said.

“Somehow we’ve fallen into the groove of appealing to a lot of people who don’t necessarily listen to bluegrass and they end up liking it anyway,” Rinkel said.

For more information about the Po’ Ramblin’ Boys, visit www.theporamblinboys.com.