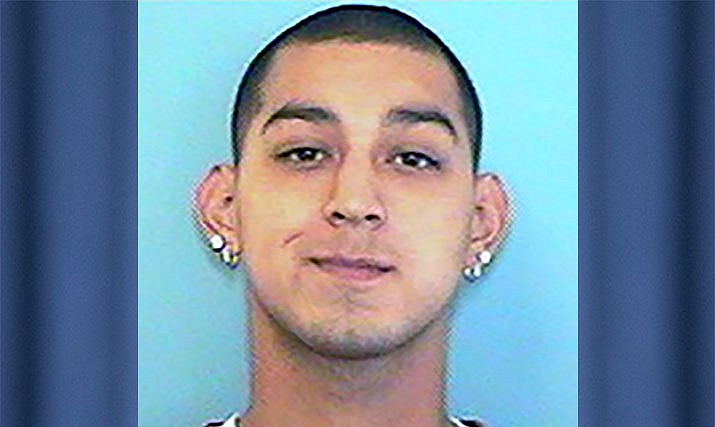 Skeletal remains found near Thumb Butte in 2009 have been identified as Anthony Sanchez of Prescott. (YCSO/Courtesy)

Skeletal remains found near Thumb Butte in 2009 have been identified via DNA testing as Anthony J. Sanchez from Prescott, police said.

Sanchez was originally reported missing/endangered in November of 2007, according to a Yavapai County Sheriff’s Office (YCSO) news release.

At that time, family members called authorities with concerns regarding behavioral health issues involving Sanchez and Prescott Police Department officers went to check on him, the release states.

Shortly after the interaction with police, Sanchez fled from his home and could not be located even after an extensive search and investigation over several days. He was 20-years-old when he disappeared.

Skeletal remains of a young man were then found 2 years later about 30 yards North of Deering Park near Sosna Drive in the Prescott area of Thumb Butte.

A forensic facial reconstruction of a male whose skeleton was found near Thumb Butte in Prescott in 2009. Using DNA testing, police have identified the man as Anthony Sanchez of Prescott. (YCSO/Courtesy)

Efforts were made over the years to identify the remains, including sharing a forensic facial reconstruction with the public. It wasn’t until recent advances in DNA testing allowed investigators to make this finding, YCSO reported.

Police have yet to determine Sanchez’s cause of death, said Dwight D’Evelyn with YCSO. An initial review of his remains by the Yavapai County Medical Examiner in 2009 indicated no signs of foul play. Detectives are now revisiting that review to see if there are any updates to report, D’Evelyn said.

Cold case volunteers with the YCSO assisted with this case, as did the Prescott Police Department.

“We appreciate the work of our dedicated volunteers on this and all cold cases under review,” D’Evelyn said.