On Halloween, a Peeples Valley pizza parlor will be the festive backdrop for the launch of “Halloweed,” a kickoff event aimed at educating rural Arizonans about why they should vote to legalize recreational marijuana.

Live bands performing music with pro-marijuana lyrics and Halloween costumes are expected to set the mood for what the head of Arizona Norml said will be the kickoff of a “legalization education tour.” All attenders will be able to sign the ballot petition that will require about 238,000 valid signatures.

The Arizona Chapter of NORML will have the kick-off of its legalization education tour at T-Bird’s Internet Café in Peeples Valley, Highway 89, on Oct. 31 from 3 to 8 p.m. The event will include a live music festival and costume contest. There is no admission price.

In 2016, state voters defeated a similar effort. Medical marijuana — 2.5 ounces — is legal for adults with a prescription card purchased at a licensed dispensary.

Arizona NORML State Director Mikel Weisser is no stranger to the controversy surrounding the debate over recreational marijuana. And he’s ready to debate.

NORML is the National Organization for the Reform of Marijuana Laws.

At 60, Weisser said he is a medical marijuana card provider who has done the research not only on the impact of marijuana to help people cope with pain and illness but the benefits other states have realized by defeating marijuana prohibition efforts. He said he wants to halt the misinformation and stigma attached to a “plant” that for many has proved a “medical breakthrough.”

For those who fears use leads to addiction, Weisser said there is research that debunks that myth.

“But there are not enough people reading the research,” he said.

This is a tough sell for Sally Schindel, a MatForce advocate and mother of a young adult son who blamed a marijuana addiction for his 2014 suicide.

Schindel is well-versed in tracking evidence that is opposite what Weisser and other legalization proponents will argue. She asserts those who sign petitions often know little about the content.

As it’s now proposed, the initiative will allow anyone 21 and older to buy and possess up to an ounce of marijuana or up to 12 plants for a household. It would also allow anyone previously found guilty for having that much drugs in their possession to have their conviction expunged. 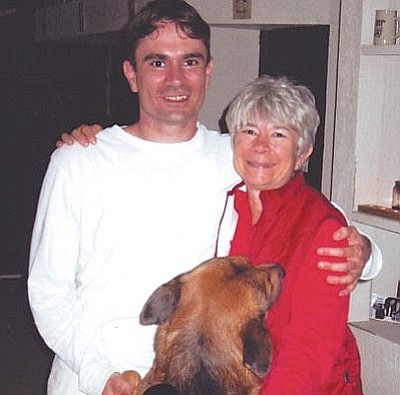 The initiative calls for a 16 percent sales tax that does not include city and county taxes on such products; proponents say it will generate up to $300 million that could be used for education, public safety, even programs to assist those suffering with substance abuse addictions.

Weisser cites youth surveys that indicate marijuana use is on the decline. MatForce disagrees.

“Our primary focus is prevention; to help youth to never begin using substances,” said MatForce Executive Director Merilee Fowler. “We don’t want more kids in our country beginning to use the drug.”

Even with medical marijuana restricted to adults, Fowler said 19 percent of youth who admit to marijuana use say they obtained it from a medical card holder.

“That just goes to prove that even if it’s not legal for teens, legalization will increase the chance that more kids are going to use the drug,” Fowler said.

Rural Arizona is the target for “Halloweed,” an event aimed at educating citizens why they should vote to legalize marijuana. (Courier stock photo)

Yavapai County Attorney Sheila Polk, a MatForce founder and supporter, is adamant that legalizing marijuana for any use is “neither smart nor safe.” The legalization campaign is called the “Smart & Safe Arizona Initiative.”

At the Peeples Valley event, Weisser will be joined by members of LEAP (Law Enforcement Action Partnership). That organization sees the focus on marijuana as a diversion from dealing with the true public health and community impacts of drug abuse.

“For me, the driving issue is to stop the (marijuana-related) arrests,” Weisser said. “

Based on 2018 statistics, Weisser said some 44 Arizona residents every day get arrested for possession; about 19,000 individuals.

“All these people’s lives ruined, their earning power diminished … when the justification for prohibition have been shown to be false,” Weisser said.

Schindel, Fowler and Polk assure they will not be bystanders in what likely will be a fight to the finish. Schindel said she’s been targeted before, and she’s “not going to be scared away.”

“The marijuana industry is asking for this, not the voters,” Schindel said. “It (marijuana) is a dangerous drug. I know … Too many parents are losing too many children … I will work with all my might to make my, and my son’s, voice heard.”