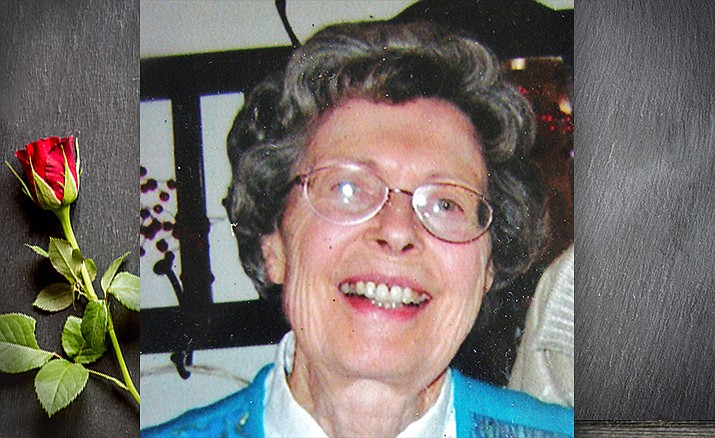 She was the only child of John and Grace Moore. The Moore family moved to Dallas, Texas where Virginia attended Southern Methodist University and received her BA in Sociology. She moved to Denver, Colorado where she worked for the U.S. Geological Survey and subsequently met her husband to be, Ray Miller.

Ray was a geophysicist for the Survey. Virginia and Ray were married in Denver and soon left for Rayís assignment in Lahore, Pakistan where he worked for two years in the U.S. foreign aid program. Their son, Tony was born in Lahore. Returning to the U.S. Ray and Virginia were stationed in Sacramento, California.

Two girls, Lisa and Tina were born during this time. In 1965, another two-year assignment took the family to Maiduguri, Nigeria. Upon moving back to the U.S. the family settled in Orange, California. In 1988, Virginia and Ray moved to Prescott, Arizona where Virginia joined the Mountain Top Quilters Guild and Alta Vista Garden Club.

During her years in Prescott, Virginia sang in the First Congregational Church and Unity Church choirs. She also did sewing for the American Sewing Guildís ìDress a Childî program and volunteered for many years at the Prescott Public Library.

Virginia enjoyed taking classes in the Osher Lifelong Learning program at Yavapai College and she and Ray were enthusiastic bridge players.

No services are immediately planned.