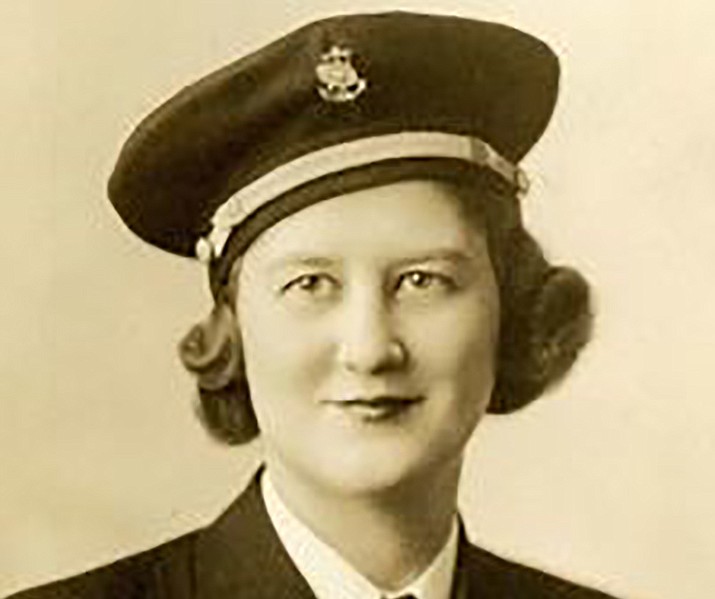 Anna Pauline Parker, age 102, died on September 18, 2019 at Nathan Adelson Hospice in Las Vegas, Nevada. She was born on May 22, 1917, the older of a pair of identical twins. She graduated from Presbyterian Hospital School of Nursing in Chicago December 1942, entered in to the Navy Nurse Corps in 1943 and was stationed in Seattle. She served as the head nurse caring for sailors convalescing from injuries suffered at Pearl Harbor and the Aleutians. Anna had a long and rewarding nursing career working as a nurse in an internal medicine practice, director of nursing for a state school for mentally disabled persons, director of nursing for a retirement community and finally as the school nurse for the Orme School, a private school in Mayer, Arizona. In 1980, at the age of 63, she obtained her Bachelor of Arts degree from Prescott College. Later, Anna was a Trustee Emeritus for the Prescott College Board of Trustees.

She and her first husband, Dr. Virgil L. Pennell, raised two sons in southern Idaho. In 1972 Anna married Dr. Charles Franklin Parker and retired in Prescott, Arizona. Anna will always be remembered as a kind and loving soul who would care for others before herself. Throughout her retirement and even when living in an assisted living facility she continued to help care for others. She volunteered at a hospice facility until she was 100 years old.

One of her many talents was playing the piano and organ, playing in church services, weddings and funerals her entire life. Her greatest joy was spending time with her family. Her greatest honor was achieved at age 99, when she traveled to Washington D.C. as a member on Honor Flight Arizona.

Be sure to include in the memo section: Spiritual Ministries Endowment fund and mail to: Good Samaritan, 1030 Scott Drive, Prescott, AZ 86301, or make a gift to your favorite charity.

A Fallen Limb, A limb has fallen from the family tree. I keep hearing a voice that says, “Grieve not for me. Remember the best times, the laughter, the song. The good life I lived while I was strong. Continue my heritage, I’m counting on you. Keep smiling and surely the sun will shine through. My mind is at ease, my soul is at rest. Remembering all, how I truly was blessed. Continue traditions, no matter how small. Go on with your life, don’t worry about falls. I miss you all dearly, so keep up your chin. Until the day comes we’re together again.”