Flamenco concert set to give Prescott a taste of Spain Nov. 1 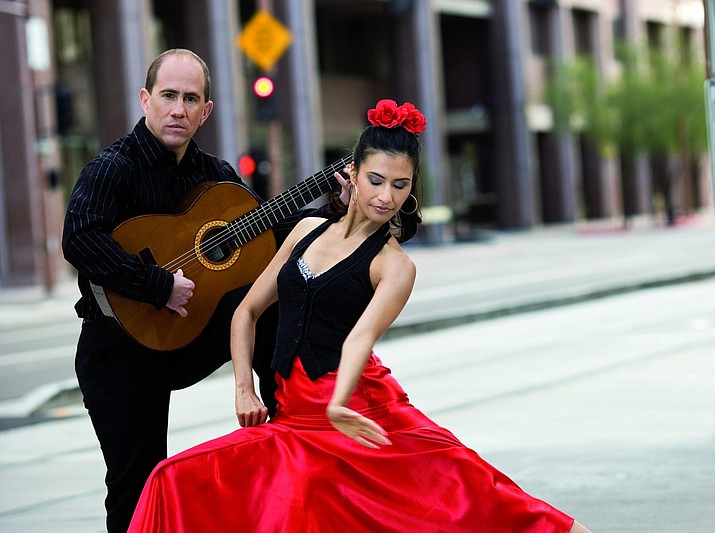 Flamenco concert featuring Chris and Lena Jácome will be in Prescott on Friday, Nov. 1, for the Fridays with AZ Phil performance at the Top of the Elks, an event that includes heavy appetizers catered by El Gato Azul. (Arizona Philharmonic/Courtesy)

As an art form, Flamenco evokes romance, passion and flair. Flamenco brought Chris and Lena Jácome together 18 years ago, and the married duo continue to perform together, inspiring enthusiastic audiences around the world.

They will be in Prescott on Friday, Nov. 1, for the Fridays with AZ Phil performance at the Top of the Elks, an event that includes heavy appetizers catered by El Gato Azul.

“We love Prescott,” Chris said. “As performers we’re looking for a place that’s welcoming and an audience to be approachable—present and open to the art form. Prescott has always provided that. Flamenco isn’t performed there all that often, so people are more appreciative. Also, because we’re from Tucson, it’s like we’re in our own backyard.” 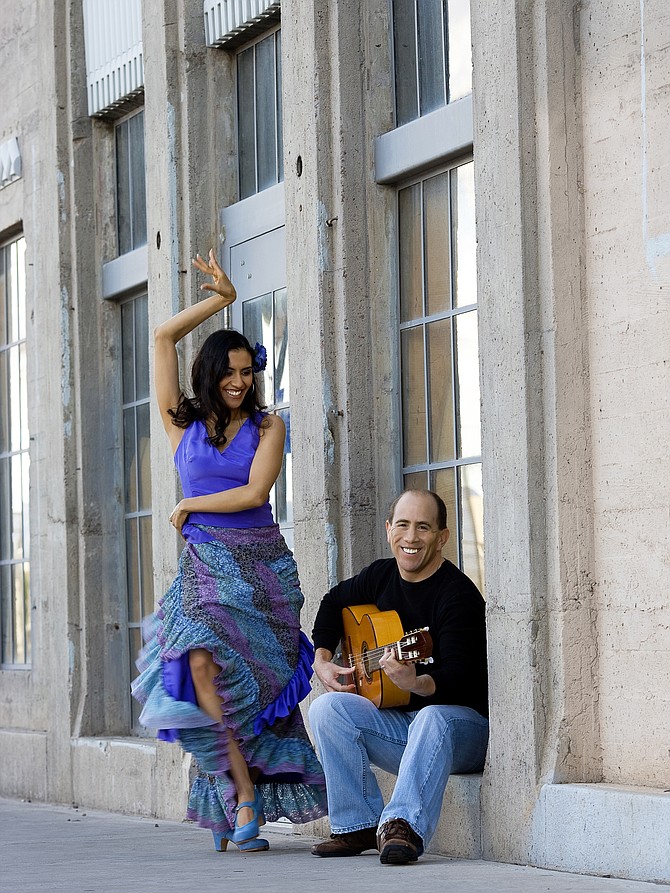 Flamenco concert featuring Chris and Lena Jácome will be in Prescott on Friday, Nov. 1, for the Fridays with AZ Phil performance at the Top of the Elks, an event that includes heavy appetizers catered by El Gato Azul. (Arizona Philharmonic/Courtesy)

Chris, an Arizona native, plays Flamenco guitar and sings and Lena, originally from New Mexico, performs the fiery dance in their duo performances, which they’ve done on tours that frequently include Spain, where the musical form originated, but also the Netherlands, Indonesia and Brazil.

In recent years, they’ve done most of their touring within the U.S., because they have a 3-year-old daughter.

Chris Jácome performed as a Flamenco guitarist with a troupe when he met Lena, who he said thought she’d try the dance because it looked easy.

“She likes a challenge so when she realized it really was much harder than it looked, she was hooked,” he said.

A year later, the graduate in modern dance became an apprentice Flamenco dancer. She later earned her master’s in dance and choreography at Arizona State University.

“I was taken by Flamenco and thought it was beautiful and mysterious and once one of his collaborators started a dance company, I wanted to learn,” Lena said.

Chris said he looks forward to performing in a smaller space like the third floor of the Elks Theatre because of “the visual integration of the music and the movements of the Flamenco dancer.”

He pointed out that the dancer is, “the percussionist and the leader. It will be more intimate so I’ll be able to talk a little more as I create music to the dance and not the other way around.”

The event starts at 5 p.m. at the Elks Performing Arts Center’s third floor. Seats are $45 each and include food. Go to azphil.org for more information or to purchase tickets.

Two more “Fridays with AZ Phil” performances remain, with the Elden Brass Quintet playing on Feb. 28, 2020, and Duo Catalina on May 1, 2020. Chris and Lena Jácome will be featured performers in a full orchestra concert with AZ Phil on May 24, 2020.