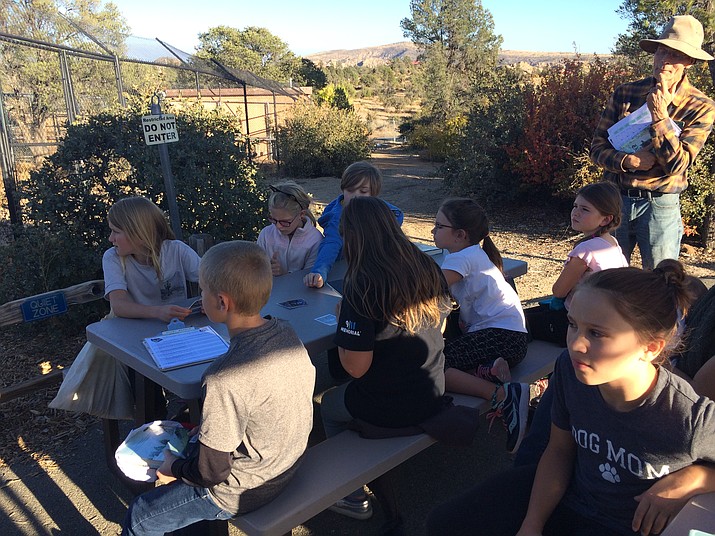 The Big Bad Wolf is a myth.

These inquisitive, keen readers concluded their exploration of life through a gray wolf’s eyes with a field trip visit to the Heritage Park Zoological Sanctuary where they were introduced to three Mexican gray wolf sisters now living in one of their wildlife habitats. The Mexican gray wolf is an endangered sub-species of the American gray wolf, the only wolf species in the United States.

In this story by Roseanne Parry, the American gray wolf changes his name from “Swift” to “Wander” as he embarks on a thousand-mile survival journey across the Pacific Northwest.

Before these boys and girls were given a history and background on the endangered species, they were pretty clear wolves in the wild are not what are depicted in storybook lore. The story they read was inspired by a real wolf whose family was forced to scatter during an attack by a rival pack. Swift, who renames himself Wander, is based on the real life wolf named OR-7 (or Journey), survives a series of obstacles, and near death, after getting kicked by an elk. That scene caused several students to grimace because of the author’s descriptions of the injury. In the end, Wander reunites with a cub sibling, and finds his soul mate, Night, who has a black coat and “amber red eyes.” 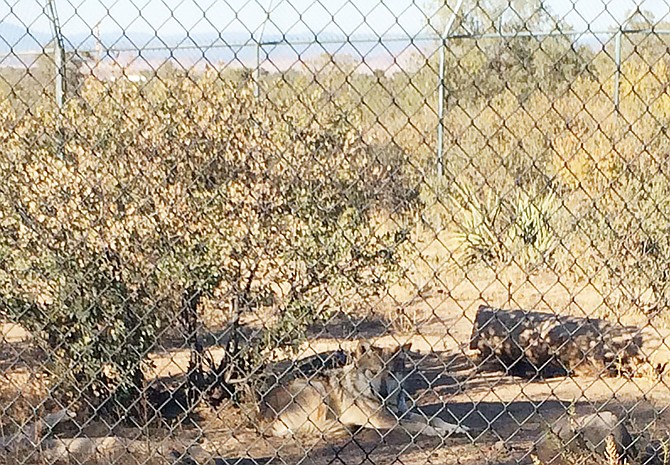 One of the grey wolves looks out from its enclosure. (Nanci Hutson/Courier)

For these students, this story offered a lesson in perseverance; one they said offered insight into real life nature.

Sacred Heart fifth grader Stella Banchero said she was captivated by the friendship between Swift/Wander and a raven. She said she discovered through their voices more about how they cohabit the wild. Though fictionalized, Stella said the raven enables Swift to survive by showing him where to find water and food.

In truth, ravens and wolves may not be friends, but they do flock near wolves, either picking off their prey or leading them to prey, said Heritage Park Zoo Educational Program Manager Dyann Kruse.

From what they learned in their book, and Kruse’ lesson, the students discovered this nation’s wolves, most recently reintroduced in such places as Yellowstone National Park, are relatively elusive. They are faithful to a sole partner and loyal to their family packs. They pose little danger to humans unless they are perceived as a threat.

“Wolves are not aggressive by nature,” Kruse said of the animals that in the wild feed on hoofed prey such as deer, elk and antelope. “More people are killed by cows than wolves.”

Asked about their heritage, Kruse said wolves were plentiful until they came into conflict with frontier settlers.

With ample prey in the wild, wolves had no need to seek out livestock, and as they are today were critical to the ecosystem, Kruse explained. As their hunting grounds started to shrink because of human development, and their food supply dwindled, the wild carnivores discovered a taste for farm fare, and forged a new enemy, according to Kruse and other national naturalists. Farmers could not afford to lose their livelihood — there were then no grocery stores — and these animals were hunted almost to extinction, they said.

With government protections, gray wolves are now repopulating, Kruse said. Mexican gray wolves remain the most endangered sub-species; they are smaller than traditional gray wolves, weighing about 50 to 80 pounds with coloring that is a blend of red, black and cream, Kruse said.

The larger wolves can weigh more than 100 pounds and often appear more gray or black, she said.

She encouraged students to take what they read, and what they learned from their zoo visit, to correct the myths still perpetuated about these majestic, yet misunderstood, animals.

“They were here before most of us, and they will be here after us if we leave them alone,” Kruse said.

In closing, Kruse said the way wolves live and care for their own “is showing us how to be good humans by just being themselves.” 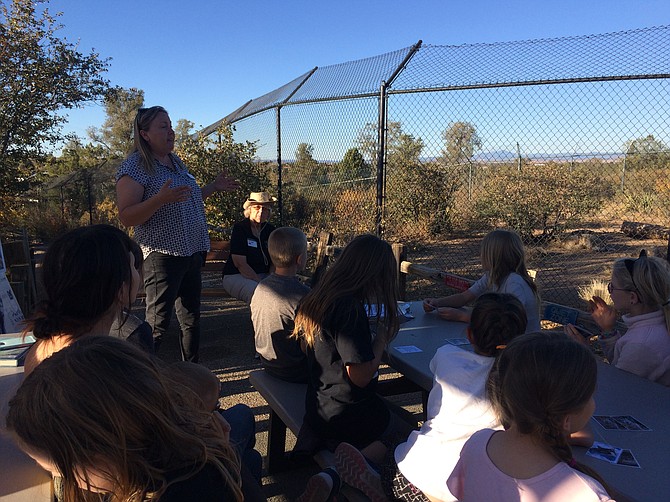 Heritage Park Zoological Sanctuary Education Program Manager Dyann Kruse teaches a lesson on wolves in nature, and how these local wolf sisters are cared for while at the sanctuary. She assures they are not dangerous to humans, and play a key role in the wilderness ecosystem. (Nanci Hutson/Courier)