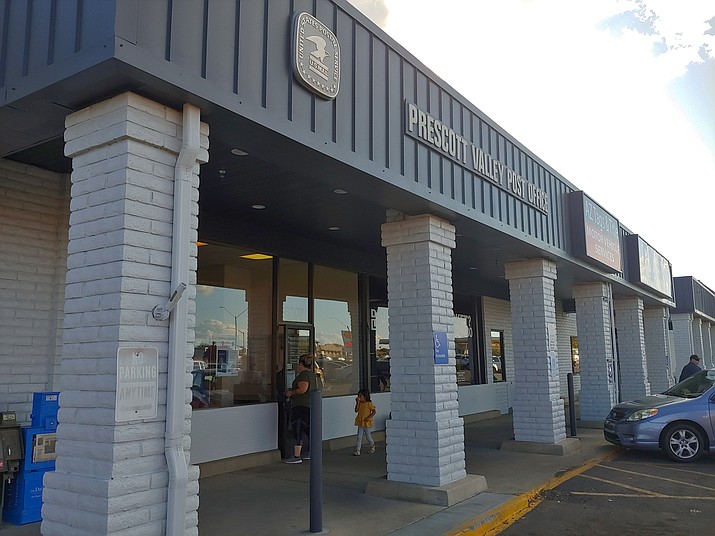 Prescott Valley’s Town Council plans to review, comment and possibly approve a resolution calling on the U.S. Postal Service to “increase the level of service it provides to residents” when the council meets at 5:30 p.m. today, Oct. 24.

Mayor Kell Palguta has said that he wants a new, centralized post office to either replace or augment the two current post offices, which include the main branch at 8307 E. Highway 69 Suite 1 and the annex at 6545 E. Second St.

Over the past month, the town has received comments from residents “to help facilitate construction of a new post office,” as the resolution states.

Palguta, as well as some residents and town council members, say they have long been disappointed with the lack of available parking at the main branch – citing Prescott Newspapers, Inc.’s offices, newsroom and printing facility, as well as a vehicle repair and tire shop next door, as hindrances.

The resolution mentions “comparative statistics” from 2007 in the Quad Cities that indicate Prescott Valley “was drastically underserved by the United States Postal Service.” Twelve years ago, for example, the resolution states that, by comparison, the Prescott Post Office had three branches and 11 service windows.

Prescott Valley’s population has grown to about 45,000 people, which might give the argument additional weight.

At least twice in recent memory, in 1981 and 2007, Prescott Valley has petitioned the U.S. Postal Service to address the issue, the resolution adds, and has offered help to build a new branch.

The mayor and council are making three requests of the postal service in their new resolution, including:

• Urging expansion of the service level at the Highway 69 branch by adding more service windows as soon as possible;

• Asking the postal service to build or lease a permanent complex “in an area with increased visibility, functionality, and effectiveness in reaching the broadest spectrum of residents”; and

• Finding “an appropriate location that is more centrally located” with the town’s help.

IN OTHER BUSINESS, the Council plans to:

• Determine whether to approve a nearly $250,000 contract with Prescott-based Civiltec Engineering to increase water-storage capacity at the town’s Duplex Booster Pumping Station. This contract would accommodate a new 3 million-gallon water storage tank being designed for the existing Summit Tank site.

The Summit Tank site sits on the eastern face of Glassford Hill next to the Glassford Hill Summit Trail. A new 4 million-gallon storage capacity would provide water to the new Jasper subdivision and other areas in town.