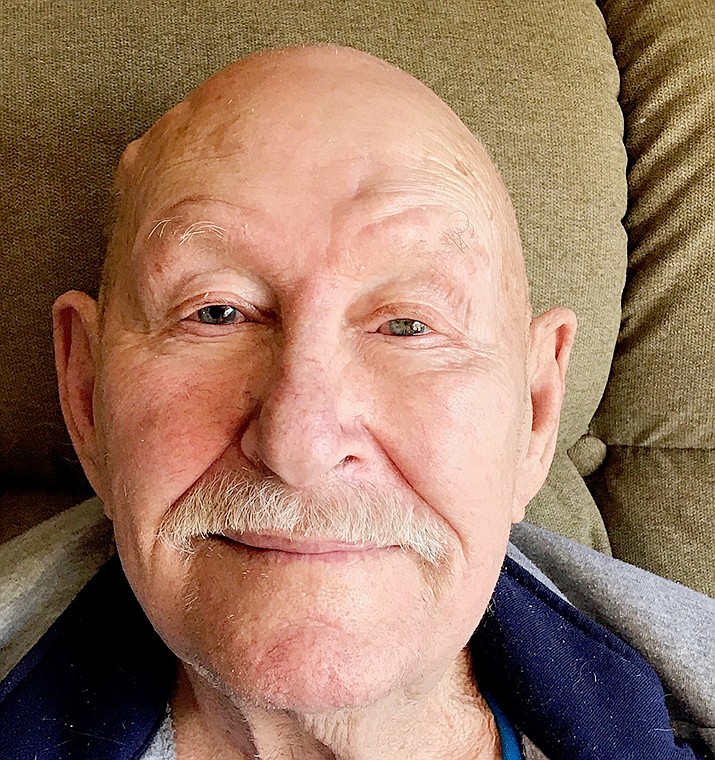 John William Barrett, age 92, passed away peacefully in Prescott, Arizona on October 17, 2019. Born in Winona, Minn. in 1927 as the youngest of 3 sons to LeRoy and Goldie Barrett. John also resided in North Dakota, Texas, Tennessee, Wisconsin, and California before moving to Prescott in 1989.

A veteran on WWII, John served in the U.S. Navy and was part of Admiral Byrd’s “Operation Highjump” to the Antarctica. While a student at Winona State College, John married his wife, Clareen Adair Willis, who passed away in 2014. They were married for 65 years despite John’s lifelong teasing that his Norwegian/Icelandic heritage was superior to Clareen’s Swedish/English ancestry.

John first career was a school teacher before joining Watkins Products and later McNess. He and his wife also ran a small framing business in Prescott. John was an avid fan of the outdoors, and his hobbies included travel. hunting, fishing and camping. His love of the outdoors was only surpassed by his love of dogs.

John is survived by his 3 daughters: Deborah Helmer-Wood (Prescott) , Robin Barrett (Kensington, Calif.) and Jan Jordano (Prescott), along with 4 grandchildren and 10 great-grandchildren. His family lovingly referred to him as “Big John.” He lived a very big life and he will be missed by all who knew him.