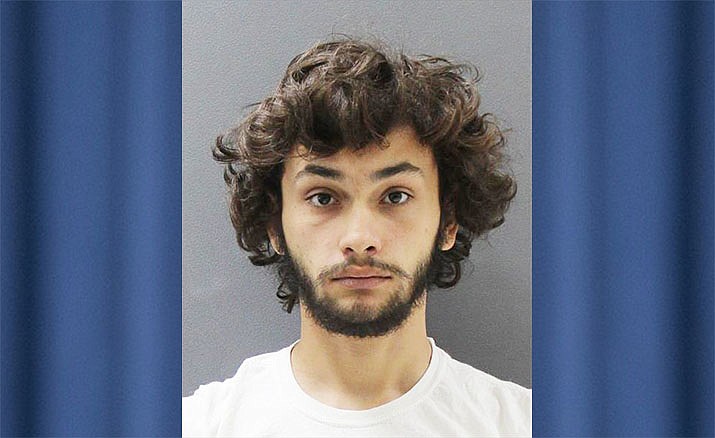 Suter was one of two young men arrested last year on June 7 following an investigation into the overdose death of Jared Friederick, 18, of Prescott Valley.

Friederick’s body was found that afternoon in his parent’s home with three blue pills marked M30, according to police records. Testing found the pills to be ‘mimic pills,’ imitation 30-milligram Oxycodone laced with fentanyl, a powerful synthetic opioid.

Detectives with Partners Against Narcotics Trafficking (PANT) were able to connect Suter and 19-year-old Rick Arellano to the sale of at least some of the pills, and found a total of more than 50 such pills in their possession, according to PANT.

When interviewed separately by police, the men both admitted driving together to pick up the pills from a drug dealer in Phoenix, according to police reports. They told police they agreed to split the pills, which they believed were “Percocet 30’s” (30-milligram Oxycodone) at the time of purchase. Arellano also admitted to selling two of the pills to Friederick earlier that afternoon.

Arellano plead guilty to his charges in April, receiving one year in jail with work release and seven years of supervised probation. He was also fined $2,750 plus an 83 percent surcharge and ordered to complete 360 hours of community restitution.

Suter was offered a very similar plea deal, but initially decided to take his case to trial instead. Right before the trial was set to commence in early October, he and his defense attorney, Bruce Griffen, ran into some concerns for their case and filed a motion with the court to push off the trial dates.

“Legal issues have arisen regarding disclosure which necessitate the continuance of the trial and further discussion with the court,” Griffen wrote.

Later in the month, Suter canceled his request for trial and accepted the plea deal offered by the Yavapai County Attorney’s Office.

By doing so, he received 1 year in jail with work release and five years of supervised probation. He was also fined $2,000 plus an 83 percent surcharge and ordered to complete 160 hours of community restitution.

Had he gone to trial and lost, he would have faced anywhere between three years and 12-and-a-half years in prison.