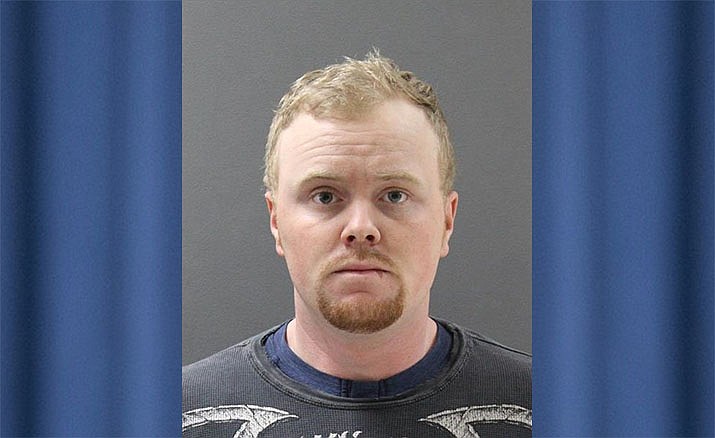 Robert Jane Soper, 24, is wanted by police for running from authorities on three separate occasions. (YCSO/Courtesy)

The Chino Valley and the Prescott Police departments are asking for the public’s help in locating a dangerous subject who has fled from police on at least three separate occasions.

On Sept. 27, a Chino Valley Police officer tried to pull over a vehicle driven by Robert Jane Soper in the area of Perkinsville Road and Road 1 East, according to a Yavapai County Sheriff’s Office (YCSO) news release.

When the officer turned on his vehicle’s emergency lights, Soper increased his speed to about 100 mph on Perkinsville Road, the release states. For the sake of public safety, the officer stopped chasing Soper. 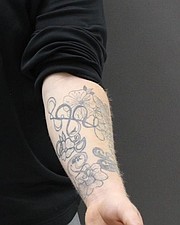 Robert Jane Soper, 24, has tattoos on his left forearm. He is wanted by police for running from police on three separate occasions. (YCSO/Courtesy)

Chino Valley Police later found Soper in a trailer off of North James Dr. and he managed to evade the police a second time, according to the release.

At the time, Soper was wanted on a misdemeanor warrant but is now facing multiple charges of felony flight from law enforcement, as he also fled from Prescott Police on a separate occasion, the release states.

“There is probable cause for the above charges with an arrest warrant pending,” YCSO spokesperson Christopher Wilson stated in the release.

Soper, 24, is described as a 5-foot-7 white man weighing 180 lbs. with blonde to light brown hair and blues eyes. He also has tattoos on his left forearm.

Anyone who provides information that leads to Soper’s arrest could earn a $500 cash reward. To earn the reward, one must call Yavapai Silent Witness at 1-800-932-3232 or submit a tip at yavapaisw.com. All calls to Silent Witness are anonymous.