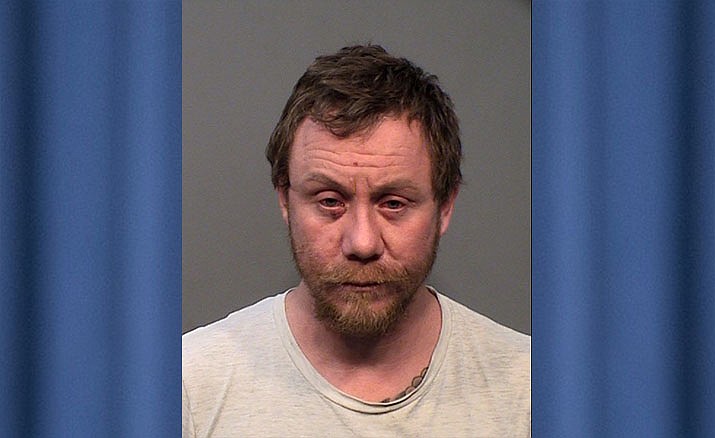 David Littlehale, 36, was arrested over the weekend for allegedly kidnapping and sexually assaulting a teenage girl in Prescott Friday, Oct. 18, 2019. (PPD/Courtesy)

Detectives with the Prescott Police Department (PPD) have arrested and made charges against a registered sex offender who allegedly kidnapped and sexually assaulted a teenage girl in Prescott Friday afternoon, Oct. 18.

The victim, a 15-year-old who attends a local high school, was reportedly walking in the area of Ruth and Whipple streets at about 3:30 p.m. when she was forced into a vehicle driven by 36-year-old David Littlehale, according to a PPD news release.

Littlehale reportedly began to assault the girl in the vehicle as he drove to his house in the 1800 block of Oaklawn Dr. Once there, he allegedly prevented her from leaving the home and “assaulted her multiple times, causing significant and serious injuries to her face and eye,” the release states.

The girl told detectives she physically resisted Littlehale’s attacks and eventually managed to escape. Littlehale reportedly pursued her, but she was able to evade him and hide in a nearby home. She hid in the home until the residents arrived and discovered her hiding there, according to the release.

The residents helped the girl report the assault, which prompted officers to respond to Littlehale’s home.

They found him in the backyard, but he quickly fled into the house and refused to communicate with them, so they called in their special weapons and tactics (SWAT) team to work the situation, the Courier reported on Oct. 19.

After a several-hour-long standoff, Littlehale came out of the home after officers threw tear gas into it.

He was transported to the Prescott Police Department and interviewed by detectives. He admitted to his involvement in the crime and was booked into the Yavapai County jail on initial charges of kidnapping, sexual assault and aggravated assault. Police said additional charges may be applied after the case is reviewed by the Yavapai County Attorney’s Office.

“This investigation will be ongoing as detectives continue to gather evidence and speak to witnesses regarding this terrible crime,” PPD spokesperson Jon Brambila said.

Part of the investigation involves looking into an incident that allegedly occurred when the girl’s family members showed up at the house where she was found hiding. Two men armed with weapons reportedly entered the house and a shot was fired inside, striking a wall.

The girl was treated and released from the hospital on the night of the attack, but continues to recover from her physical injuries in the care of her parents, the release states.

Anyone with information on Littlehale or this crime is encouraged to contact Det. John Hanna at 928-777-1961.