All ages come together for first Everybody’s Hometown Festival 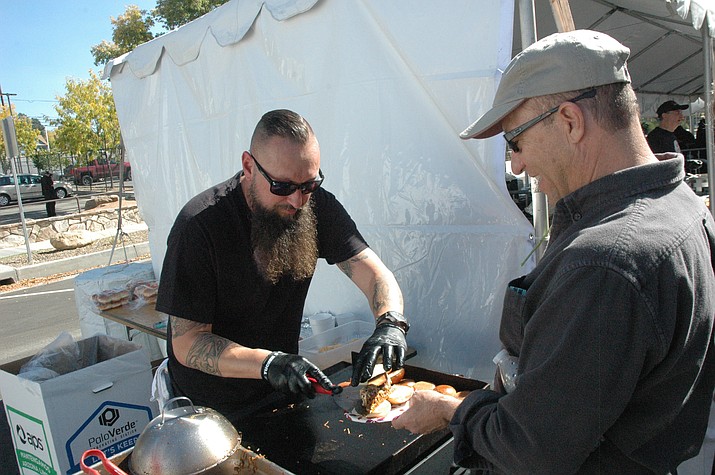 Zach Hayden of This Dude’s Food serves up some grub for Ed Smith at the Taste of Prescott portion of the inaugural Everybody’s Hometown Festival Saturday, Oct. 19. (Jason Wheeler/Courier) 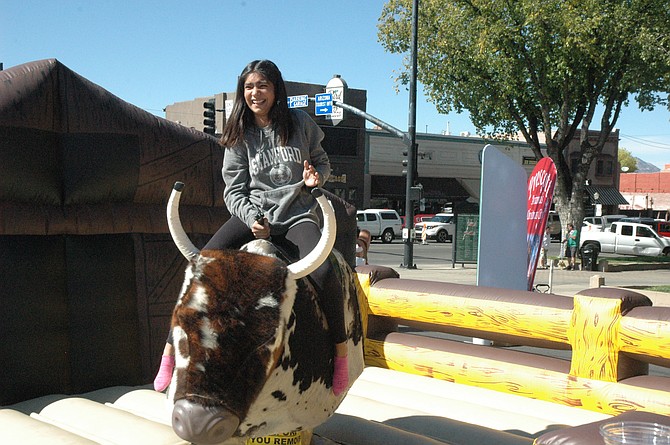 As Zach Hayden of This Dude’s Food served him up some grub in the Taste of Prescott section of the inaugural Everybody’s Hometown Festival Saturday, Oct. 19, Ed Smith said he was enjoying his time at the new event.

“We live in Prescott Valley and a lot of these people are my customers,” Smith said, noting he is with Prudential Overall Supply. “I like to help support our customers that are helping support the (city).”

Tracey Blair said she and her family decided to come to the festival, held on East Goodwin, South Cortez and South Montezuma Streets, because they come up often to see her in-laws who live in the area. Blair said she saw the event on Facebook and thought it sounded really cool because they know all the restaurants participating in the Taste of Prescott. It’s nice to see them all in one spot, she said.

For her and her husband, the food and the alcoholic drinks were the best part, Blair said. Her kids, on the other hand, were enjoying the section with the games and inflatables, she said.

Echoing Blair, Smith said the food was what he was enjoying the most. “It’s all good stuff from great vendors,” he said.

A few hours after the festival started, Director of Events Vanessa Smith said it was going really well and that it was so cool to see the whole thing come to fruition. She was telling others on the executive staff that it looks so nice to see all ages and demographics of the community come together, Smith said.

In looking to make Everybody’s Hometown Festival an annual event, Smith said the Taste of Prescott portion would probably be tweaked as to how it is operated next year.

“It’s going well. We were blown away at the demand and how excited people were to attend,” she said, stating it sold out faster than they thought it would. “We’ll be looking at how we can restructure that to include more people next year.”