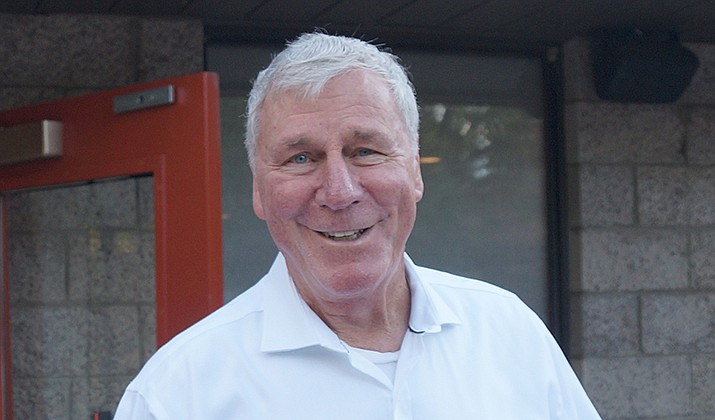 David C. Bittner of Prescott, Ariz., passed away on September 7, 2019 after a nine month battle with cancer.

David was born in Castle Shannon, Penn., on October 23, 1938, where he grew up before joining the U.S. Marine Corps. The day after his return to civilian life, David met Rose and they were married in 1960.

They moved their young family to Fort Lauderdale, Fla. in 1962, relocating to the mountains and seasons of Prescott in 2000.

David was a master plumber having his own business in Florida, continuing in Arizona long after his planned retirement. He was known for his love for Rose, family and friends and his Christian faith. His warm smile, kindness, and service to others is a forever legacy.

David was active in his beloved Prescott Christian Church where he served as life group leader for the past 15 years. He loved his home in the Hidden Valley Ranch neighborhood, and together he and Rose delivered Meals on Wheels since 2001. His many hobbies included playing the banjo and guitar, building and flying model airplanes, reading, trying new recipes and in earlier years, refurbishing Jaguar and other sports cars.