Most frequent 'Do Not Call' list complaint: imposter robocalls 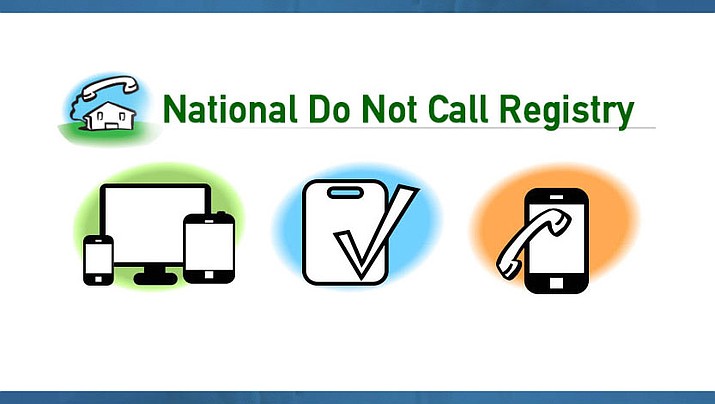 Have you received a call from an imposter, maybe someone pretending to be with the Social Security Administration, IRS, or a tech support company, this year? If so, you’re not alone. Calls from imposters were the most-reported topic of unwanted calls to the FTC over the past year (FY2019).

You can see the FTC's annual report on Do Not Call complaints, with state-specific data. But here are some key takeaways:

Find out more about what’s happening in your state at this link. But remember — you don’t need to wait for the FTC annual report to know what’s happening. The Do Not Call data is now available in an interactive format at ftc.gov/exploredata, and is updated quarterly.

The FTC continues to go after the companies and scammers behind these calls, so they are asking the public to keep reporting unwanted calls at donotcall.gov (or, if you’ve lost money to a scam call, at ftc.gov/complaint instead). The FTC will take the robocall and scam phone numbers you report and release them to the public each business day, which helps phone carriers and other partners that are working on call-blocking and call-labeling solutions. Consumer reporting also helps law enforcement identify the people behind illegal calls.

To find out more about how to get fewer calls and avoid scams, check out the articles, videos, and infographics at ftc.gov/calls. 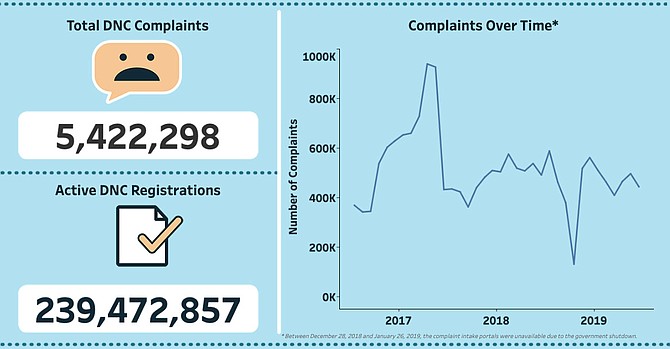 The Federal Trade Commission today issued the National Do Not Call Registry Data Book for Fiscal Year 2019. The FTC’s National Do Not Call (DNC) Registry lets consumers choose not to receive most legal telemarketing calls. The data show that the number of active registrations on the DNC Registry increased over the past year, while the total number of consumer complaints decreased for the second year in a row.

To make the Data Book as user-friendly as possible, it includes the following features:

Consumers can sign up for the DNC Registry for free at: donotcall.gov.

See interactive graphic at this link.