Raising Prescott: How ‘Joker’ educates us on today’s issues in society 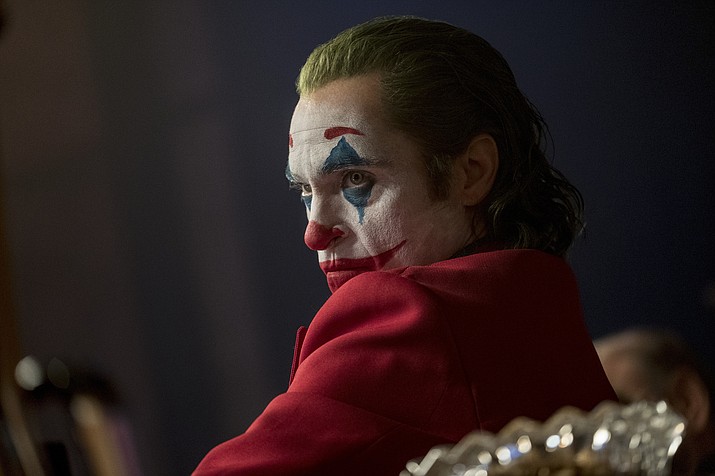 Spend any time with me and you’ll quickly realize I would consider myself a movie buff.

Google says a “movie buff” is someone who is very passionate, knowledgeable and enthusiastic about movies. They are an expert at analyzing the various departments of filmmaking like acting, cinematography, editing, direction and sound design.

First, I would not consider myself an “expert” on movie-making, but I am pretty passionate. I even have my own rating system, labeling each film using the numbers one to five, one being the worst waste of time I’ve ever encountered to a life-changing five.

Fives are rare for me. Really rare.

Full disclosure, my rating system is for me, a few friends and family who use it to talk about recent flicks we’ve seen. This does not mean I’m pretending to be the next “Siskel and Ebert” personality.

But I do spend an absurd amount of time in movie chairs judging actors, directors, producers, writers, costumes, special effects and many other factors to boil it down to one number. It gives me something to talk about with friends and family.

So when I saw “Joker” this last weekend, that rare five rating came to fruition.

But not for why you think.

Yes, Batman is my favorite superhero. He is easily the best, in my opinion, because he does not have a super power, he just works hard and is super smart. A detective, if you will. Batman could happen in the real world, which makes him so appealing to me.

“Joker” really had nothing to do with Bruce Wayne or Batman at all. It was an origin story for the Clown Prince of Gotham (spoiler alert, making some details public).

Forget all the superhero garbage for a minute and focus on this: “Joker,” played by method actor Joaquin Phoenix, brought to light society’s issues as we see them today.

It revealed what can happen to a person when they are abused by unfit parents, bullied by peers and constantly stepped on by society. “Joker” revealed what mental illness looks like through the eyes of someone actually suffering from it.

It revealed America’s haves and have nots. Rich and poor.

And finally, when “Joker” embarks on that downward spiral of revolution and bloody crime, hundreds of thousands of people cheer his actions as if he was the hero all along.

To them, he was a bullied individual who finally lost it and stood up for himself in the worst way. By killing.

I feel that director and writer Todd Phillips used the supervillain Joker character, the facade of a Batman movie, as a vessel to get butts in seats and use his film to educate us of current societal issues.

The Washington Post revealed its public mass shootings database in an article, “More and deadlier: Mass shooting trends in America,” a study that revealed four or more people have been killed in a mass shooting every 47 days, on average, since June 17, 2015.

That was the evening a young white supremacist killed nine people at a Bible study in Charleston, South Carolina.

Although there are no mass shootings in “Joker,” the movie can perhaps educate moviegoers how a mass shooter can be made by their surroundings. Nature versus nurture. How mental illness plays a role.

It will educate young teens how not to treat others.

Perhaps using “Joker” to show us at our worst can finally begin to bring out our best.