Over $1 million in cocaine, heroin seized in I-40 traffic stop
Five suspects from South Carolina arrested, in custody 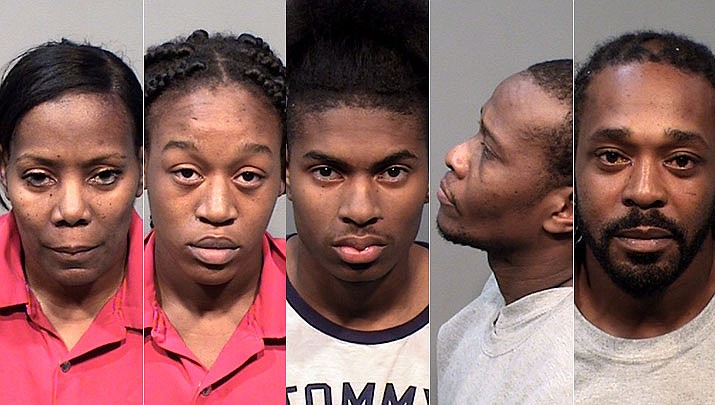 Ann Fairley, 54, Natasia Anderson, 19, Jerod Fairley, 19, Robert Grant, 47, and Alton Deas, 39, were arrested after a large amount of cocaine and heroin were found in a vehicle they were travelling through Ash Fork in on Oct. 14, 2019. (YCSO/Courtesy)

With help from his trusty K-9, a Yavapai County Sheriff’s Office (YCSO) deputy found a large amount of cocaine and heroin in a vehicle being driven through Ash Fork Monday, Oct. 14.

The deputy initially stopped the vehicle, a white minivan, that morning for moving and equipment violations as it was travelling east on Interstate 40, according to a YCSO news release. In the van were five adults and a 2-year-old from South Carolina.

While speaking with the driver, the deputy “detected several deceptive statements between the parties attempting to deflect from his suspicion they were involved in illicit drug transportation,” the release states. As a result, the K-9 deputy deployed his certified K-9 partner, “Vader,” for a ‘free air’ sniff of the van’s exterior. 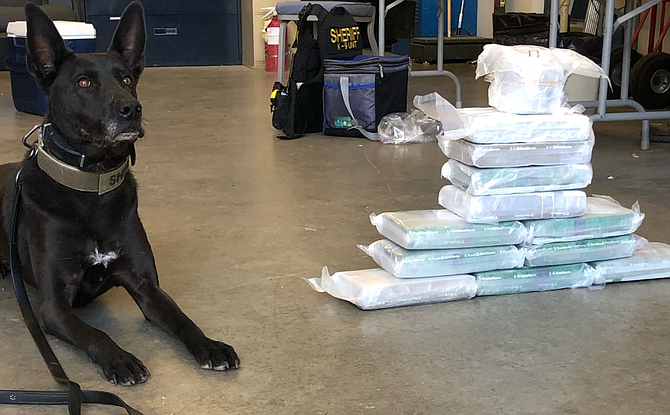 Yavapai County Sheriff’s Office K-9 Vader cocaine and heroin seized from a minivan that was traveling on Interstate 40 in the Ash Fork area on Oct. 14, 2019. (YCSO/Courtesy)

The K-9 gave a positive alert to an odor of drugs, so deputies searched the van. They eventually found in a compartment below the floor 10 packages of cocaine weighing a total of 29.5 pounds and two packages of heroin weighing 4.5 pounds in total, according to the release.

The initial investigation showed that all the suspects had knowledge of the drug load and were profiting from the effort, D’Evelyn said.

After the arrest, the child was released to a relative from the Phoenix area, according to the release.

“The investigation into the source and destination is ongoing in cooperation with detectives from the Partners Against Narcotics Trafficking Task Force (PANT),” D’Evelyn said.