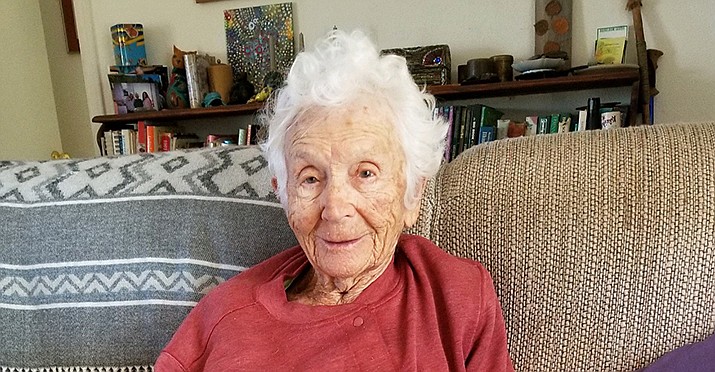 Lucille C. Hurst, 106 from Chino Valley, Ariz., peacefully passed in her home Sunday October 6th, 2019, surrounded by her family. She was born in Denver, Colo. on September 30, 1913 and lived a full and adventurous life.

During World War II she volunteered to help load ammunition into shells as her way of helping with the war, it’s there she met Robert Hurst and married him in 1945 and shortly after they moved to Aspen, Colo.

Robert went to work remodeling the Historic Hotel Jerome and Lucille fell in love with snow skiing until she was 83 when she moved to Prescott to be closer to family.

Throughout those years she also traveled the world with friends exploring different countries but her favorite was Egypt. After moving to Prescott she got involved with the Alta Vista Garden Club and was a lifetime member and served a term as President.

She was also an active member at the Prescott Racquet club playing tennis into her nineties and volunteered at the local Habitat For Humanity.

No services will be held at this time, only a private cremation for the family. Arrangements will be taken care of though Ruffner- Wakelin Funeral Homes.