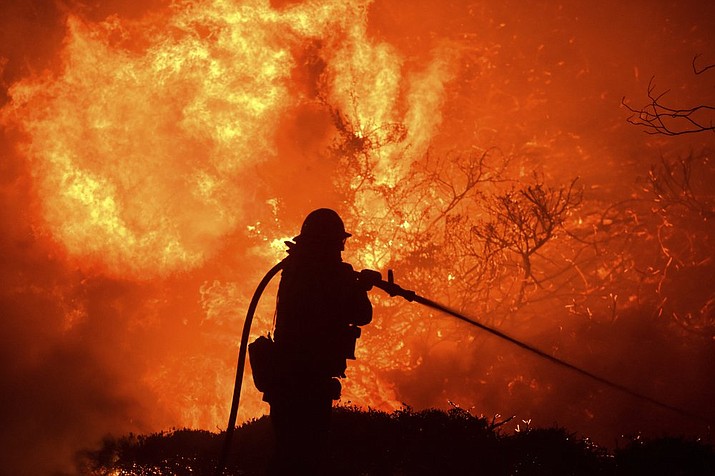 LOS ANGELES — The Latest on California wildfires (all times local):

A wildfire is raging along the northern border of Los Angeles as powerful Santa Ana winds sweep Southern California.

The Los Angeles Fire Department estimates 12,700 homes are under evacuation orders early Friday in neighborhoods along the northern tier of the San Fernando Valley at the foot of the Santa Susana Mountains.

The Fire Department says homes have been destroyed but there’s no estimate of the number.

It’s the latest of several destructive that have erupted in Southern California amid critical fire weather conditions.

In the inland region east of Los Angeles, a wind-driven fire raged through a mobile home park in the city of Calimesa, destroying 74 structures and damaging others.

Lois Arvickson called her son from her cellphone to say she was evacuating shortly after the blaze was reported in the Calimesa area, Turner said while with family members at an evacuation center.

He says his mother said she was getting her purse and getting out. But then the line went dead. 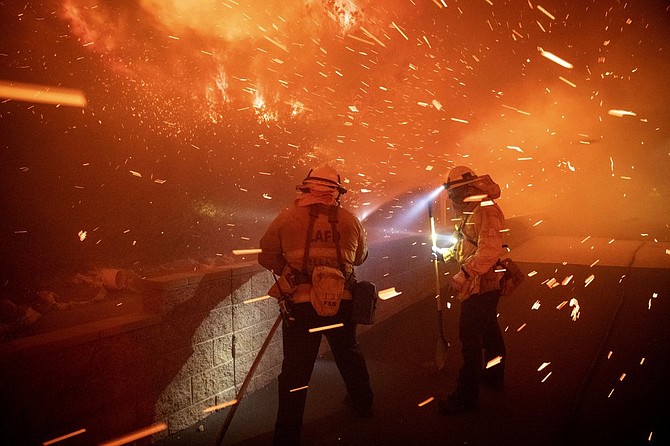 In this Thursday, Oct. 10, 2019 photo, embers from the Saddleridge fire blow by firefighters in Sylmar, Calif. (AP Photo/Michael Owen Baker)

A short time later the neighbors saw the garage on fire, but they don’t know if she’d managed to escape.

Riverside County fire officials say they’re still trying to determine if anybody is unaccounted for after 74 structures were decimated.