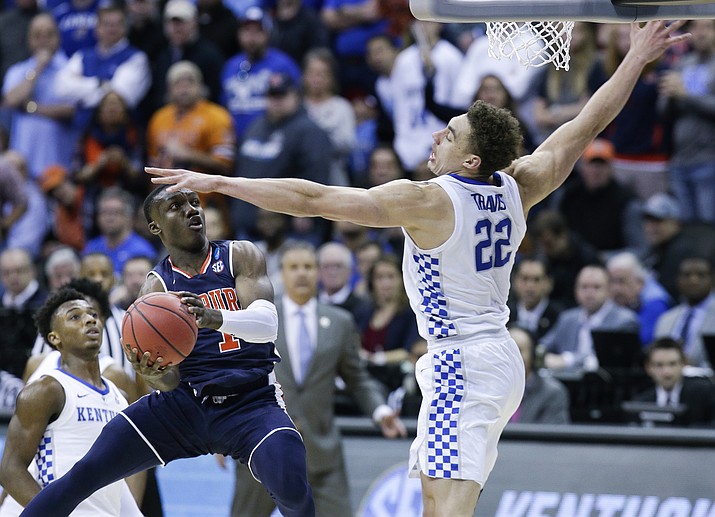 ABOVE PHOTO: Jared Harper (1) heads to the basket for Auburn as Kentucky’s Reid Travis (22) defends in the first half of Auburn’s Elite 8 matchup with the Wildcats March 31, 2019, in Kansas City. Harper signed a two-way contract and should see plenty of time in Prescott Valley as a member of the Northern Arizona Suns. (Charlie Riedel/AP, file)

FLAGSTAFF — With their depth at the guard position, Jared Harper knew when he signed a two-way contract with the Phoenix Suns in July that he may spend much of his rookie season in Prescott Valley with the Northern Arizona Suns.

But don’t assume he played like an NBA G Leaguer at training camp in Flagstaff last week.

“When I watched him in college, you just see a little tasmanian devil flying down the floor shooting threes and getting into the paint,” Williams said in front of a healthy media contingent after practice Oct. 4.

Harper, the starting point guard for an Auburn team that lost to eventual national champion Virginia 63-62 in the Final Four last March, said he likes to use his speed to his advantage. 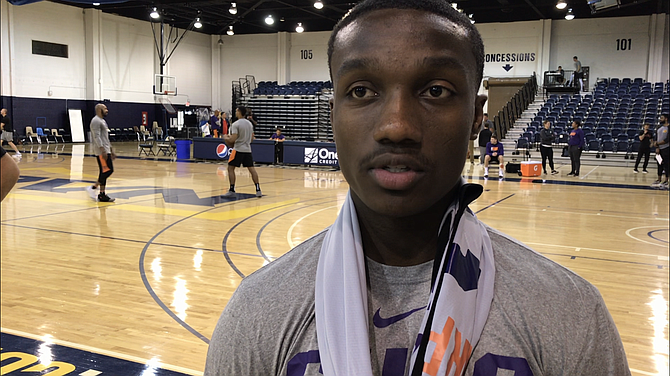 “I feel like I’m always one of the fastest people on the court, so using my speed to create for myself and others,” Harper said. “I love to score and get my teammates involved. I think I’m able to do both and I look forward to it.”

Harper averaged 15.3 points, 5.8 assists and 1.1 steals while shooting 40% from the field during his senior season with the Tigers.

And during the 2019 NBA Summer League in Las Vegas, he averaged 10.5 points, 2.5 assists and 2.5 rebounds per game in Phoenix’s four contests.

Williams, who was hired to replace Igor Kokoskov after just one year on the job, believes Northern Arizona fans in Prescott Valley are in for a treat with Harper.

“I think the fans up there are going to have a good time watching him cause havoc and getting into the paint, use his speed in getting to the basket and making other guys better,” Williams said, adding that the Mableton, Georgia, native is “learning right now.” 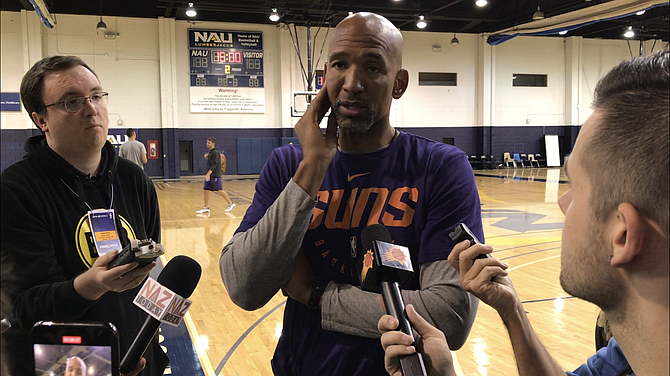 “It’s been hard, we have so many guards, so it’s hard for those guys to stand out, but his speed is hard to deal with. He makes guys guard him, which is what we need,” Williams said.

For now, Harper may be learning on the job, but according to Northern Arizona head coach Bret Burchard, “he learns quickly.”

“He’s a quiet guy by nature, but he’s been speaking up. Being a floor general, which is good to see, that’s a growth point for him and he’s been able to do it this week,” Burchard said, adding that although it’s a transition from college to the pros because guys play against older guys, bigger guys or more athletic guys, Harper has been in big situations before.

“There’s a comfort level to being in high-pressure environments, or having to learn on the fly and figure things out as they go,” Burchard said. “Coming from those big college programs where they’ve had success, and they already have the mindset of how to train, how to prepare and be successful.”

The 5-foot-11, 175-pound guard said the transition from big-time college basketball to an NBA training camp and preseason setting has been a “different experience.”

“My dream all along [has been] to play in the NBA, and for it to be right here and to do it now is always a great experience,” Harper said, adding the decision to be in the NBA or in Prescott Valley is not his to make.

As a two-way player, Harper does not count against the NBA roster maximum of 15 players, but is limited to 45 days with the NBA team.

Once a two-way player has exhausted 45 days in the NBA, the club must sign them for the remainder of the season or allow them to walk.

So when he’s not flying up and down an NBA court directing traffic, Harper said he likes to take naps and play [NBA] 2K in his spare time.

“I’m pretty chill. Usually, every day I can I get a nap,” Harper said with a big smile. “I want the team to get better. I’m going to control what I can control. Whether I’m on the G League team or the NBA team, I’ll give 100 percent.”