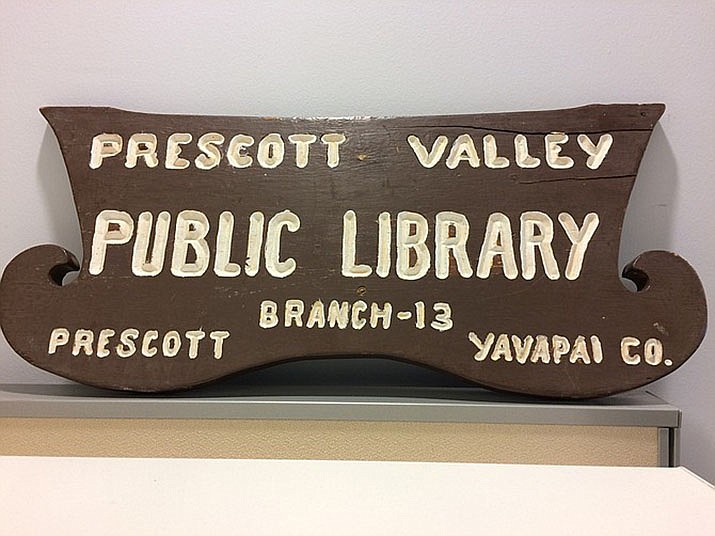 And without the visionary work of countless community members in the past five decades, none of it would exist.

So when Prescott Valley Mayor Kell Palguta signed a proclamation at a September council meeting declaring Oct. 10 as the 50th anniversary of the library, its visionaries instantly became heroes of our community.

Fifty years ago, on Oct. 10, 1969, a few Prescott Valley residents visited a post office and browsed a few books located on a shelf, officially becoming patrons of the first library.

From that day forward, several key members of the Prescott Valley community embraced the library, fed it books for its readers and grew it into the four-story building we see today on Skoog Boulevard.

The Friends of the Prescott Valley Area Library, the owners of the strip mall that housed Yavapai County Library Branch #13, the appointed board of trustees in 1980 when the town took over financial responsibility, 30-year library director Stuart Mattson and many, many more are to be commended for their dedication.

Generations of community members realized the power of exploring new worlds, taking adventures with their favorite characters in a fictionalized world created with words on paper, learned new recipes, a new skill or discovered knowledge they never knew was out there.

A library is the lifeblood of a community, and those who pushed for expansion of Prescott Valley’s own version should never be forgotten.

Today, the Prescott Valley Public Library has more than 22,000 patrons, 100,000 items in its collection, and operates with the help of 100 volunteers.

Not bad for a library that started with only 60 books.

HOW TO GET INVOLVED

For information on how to become a volunteer, call Brandi Silbaugh at 928-759-3096 or email bsilbaugh@pvaz.net.

Interested in becoming a Friend of the Prescott Valley Library?

Download a copy of the membership form online at pvlib.net/become-a-friend and either mail or submit at the library, 7401 Skoog Blvd., Prescott Valley, AZ 86314.