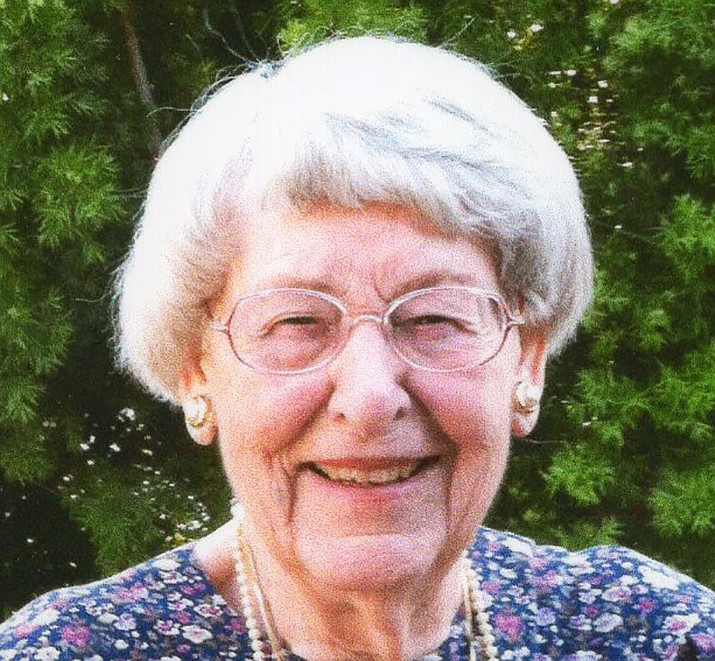 Frances passed away on September 29, 2019 at the age of 99 years young. She was born in Derry, New Mexico, June 1920, and grew up mostly in Arizona and California.

Frances married Porter Al Clark in August 1937. They were married 55 years before he passed away in February, 1993. She lived in Derry New Mexico, Phoenix, Sedona, Jerome, and Prescott, Arizona, as well as Pomona, Blythe and Indio Calif., before finally settling in Prescott in 1986, with the summers spent in Idaho.

Frances lived through 18 Presidents, 6 wars. With Al, traveled and visited all 50 states. They visited all presidential libraries with the exception of Clinton’s, Reagan’s, Bush’s and Obama. Frances was a real “Rosie the Riveter”, a truck driver, worked in a flagstone quarry, as a nurse for Dr. Richie, a radio station secretary, herded cattle and was a bookkeeper.

She worked until age 93. She loved the Dodgers from the moment they moved to California and taught the girls to love them too. Then the shake up when the Diamond Backs were created. They became HER D’Backs. She never missed a game, if she could help it, by TV or radio.