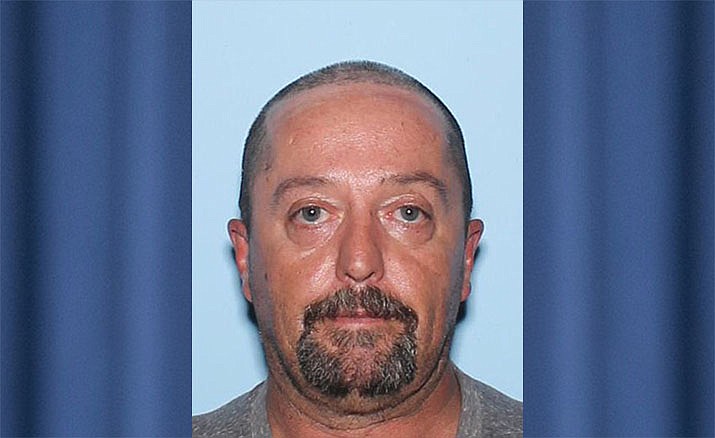 The Yavapai County Sheriff’s Office (YCSO) is seeking the whereabouts of a Chino Valley man whose infant grandson was exposed to methamphetamine while under his supervision.

The suspect, 56-year-old Delbert Wayne Harvey, was tasked with watching the 23-month-old on Sept. 30 while the child’s parents were at work, the parents told YCSO deputies. The child had been staying with Harvey in his travel trailer parked on their Chino Valley property.

That morning, Harvey sent a text to the child’s mother indicating something was wrong with her child, so she quickly returned home, according to a YCSO news release.

The mother noticed her child wasn’t acting normally – possibly having a seizure – and eventually brought him to the hospital. The child tested positive for methamphetamine, so he was transported to Phoenix Children’s Hospital for intensive care.

When admitted, hospital staff told deputies that the child “requires critical care services because he has, or is at risk of imminent or life threatening deterioration from drug withdrawal.”

The child has since been released from the hospital and his condition is improving, YCSO reported.

Based on background information about Harvey’s known drug history, along with the fact the child was acting normally before both parents left for work, detectives were able to get a search warrant for Harvey’s travel trailer, YCSO reported. Detectives noted in their report that neither parent appeared to be directly responsible for the child testing positive for illicit drugs.

When detectives searched Harvey’s trailer, they found drug paraphernalia and a usable quantity of methamphetamine, YCSO reported. Harvey, however, was nowhere to be found. Several attempts to locate him since have been unsuccessful.

Another family member, who had met with Harvey at the home after learning about the child’s hospitalization, mentioned that Harvey changed his story several times when questioned as to how the child became ill, YCSO reported.

“Detectives have not confirmed exactly how the child ingested methamphetamine, but based on the physical evidence found inside the trailer where the child had spent the morning with Harvey, they have determined this environment was the source,” YCSO spokesperson Dwight D’Evelyn said.

Detectives, therefore, have probable cause to arrest Harvey for charges including child abuse, possession of a dangerous drug and possession of drug paraphernalia, D’Evelyn said.

Anyone with information on the whereabouts of Harvey is encouraged to contact detective Mark Yates at 928-777-7273. Those who wish to remain anonymous and become eligible for a cash reward may report a tip to Yavapai Silent Witness by calling 1-800-932-3232 or online at http://yavapaisw.com.