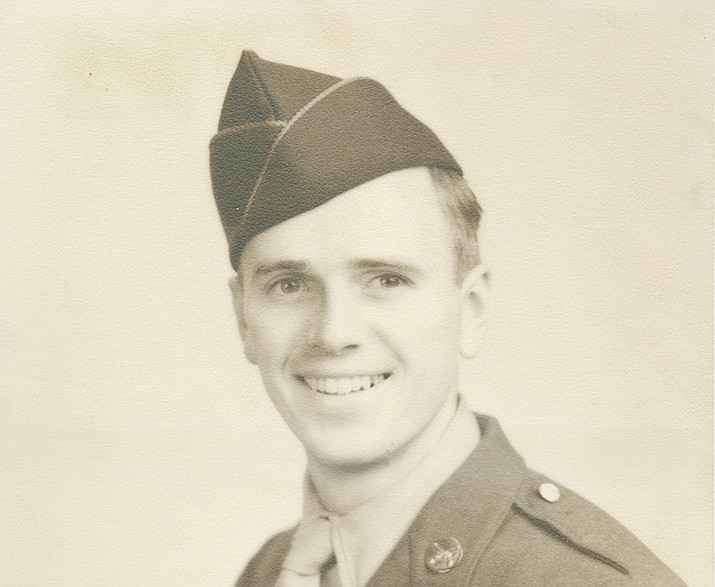 William (Bill) Catchpole, of Cordes Lakes, Ariz., passed away on the afternoon of September 28, 2019, in the Long-Term Care Ward of Prescott Samaritan Village in Prescott. He was 98.

Mr. Catchpole was born on January 27, 1921 in the small riverside village of Rimer in western Pennsylvania. He graduated from Kittanning High School in 1940 and started work with the Pennsylvania Railroad soon afterwards as a car inspector. Bill married Helen Easton of Pittsburgh in July 1941, where they lived until moving back to Rimer after WW II. Bill was also a WW II veteran in the U.S. Army and saw action in the Pacific Theatre with the 745th Railroad Battalion in Burma. He also did duty stateside as an MP to keep order and check leave credentials of military personnel traveling on passenger trains between Pittsburgh and Philadelphia. He returned to railroad work after the war and retired in 1965 on a disability pension. Bill relocated to Phoenix for health reasons in 1970 and has lived in Cordes Lakes since 1981.

Bill is survived by a step-son, James Gordon of Wilton Manors, Fla.; a daughter, Linda Farster and her husband Dale of Kittanning, Penn. and two sons, Charles Catchpole and his wife Dee of Hays, NC and Mark Catchpole of Peoria, Ariz.; five grandchildren and twelve great grandchildren. He was preceded in death by Helen, his wife of sixty-one years, two brothers and four sisters.

Bill loved the outdoors and enjoyed hunting, fishing, gold prospecting and collecting coins. He was also quite a baseball player and boxer in his younger years, as well as a skillful handyman, mechanic and cook.

Mr. Catchpole will be laid to rest Tuesday, October 8, 2019 at Greenwood Memory Lawn and Mortuary in Phoenix. A memorial service with military honors is being planned for next spring in his native Pennsylvania.

Any charitable donations in his name should be made to Prescott Samaritan Village, where he spent the last five months of his life and was well-taken care and thought of by its staff.

Arrangements entrusted to Ruffner-Wakelin Funeral Homes and Crematory. Please visit www.ruffnerwakelin.com to sign the online guestbook and share a memory with the family. For questions please contact us at (928)445-2221.