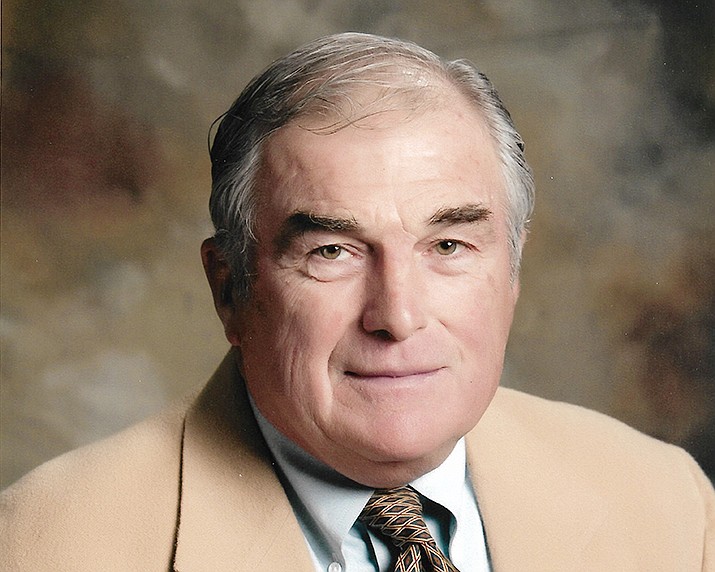 Richard (Dick) Eric Schmidt passed away on September 26th, 2019, at the Marley House Hospice in Prescott. He left the world peacefully, surrounded by friends and family.

Dick was born in 1940 in Ossining, N.Y., to immigrant German parents. Along with three brothers, Richard always endeavored to make a better life for himself and his family. He excelled in high school baseball, hockey and football and continued his education at Norwich University in Vermont. After graduating with a degree in Civil Engineering, Dick served two years overseas in the U.S. Army Corp of Engineers, rising to the rank of 2nd Lieutenant. Returning stateside, he began his professional career with Bethlehem Steel and the building of the Claiborne Pell Newport Bridge in Rhode Island. From there his profession would take him to California, Illinois, New York and beyond, on numerous noteworthy infrastructure projects including roadways, offshore drilling platforms, hi-rise office buildings, powerplants, and more.

His passions included following his beloved New York sports teams, travel, golf, western art and American history. Dick moved to Prescott in 2003 and enjoyed a retirement filled with friendships, community involvement, and the enjoyment of life. He traveled to the far corners of the world, umpired Little League baseball, proudly served with the Lions Club, and took every opportunity to be a great companion, neighbor, friend and father.

He is survived by his partner, Jennifer Carpenter of Prescott; his daughter, Gretchen (Jon) of Lexington, Ky.; and his son, Richard (Diana) of Rockville, Md. In lieu of flowers, donations may be made to Marley House Hospice, 1063 Ruth St., Prescott, AZ 86301.