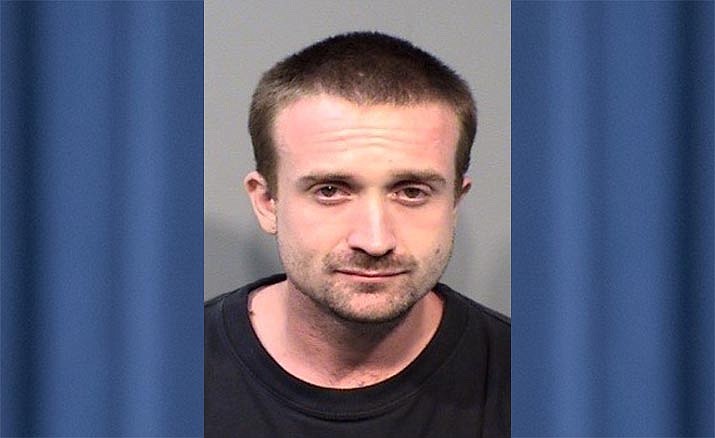 Anthony Shuck, 24, was arrested Sept. 27 for second degree burglary after a video doorbell app tipped off the homeowner of a burglary in progress on the 3300 block of Robert Road in Prescott Valley. (PVPD/Courtesy)

Prescott Valley Police officers arrested 24-year-old Anthony Shuck on Sept. 27 after a video doorbell app tipped off the homeowner of a burglary in progress, according to a press release Thursday afternoon.

At 8:44 a.m. Sept. 27, Prescott Valley Police responded to a report of a burglary in progress in the 3300 block of north Robert Road.

The homeowner, who had a video doorbell alert system, called 911 after he noticed someone lurking around his home as he viewed a live video on his cellphone.

“A suspect was quickly identified by the homeowner and a neighbor, and as officers attempted to contact the suspect, who was in a nearby home, he fled out the back door,” PVPD spokesperson Traces Gordon said in a statement.

After a short foot pursuit, Shuck was arrested in a nearby yard and charged with second degree burglary and was later booked into Yavapai County Jail.

The homeowner reported several items missing, along with a black Mossberg 12 gauge shotgun, which has not been recovered, according to PVPD.