Celebrate 41 years of folk music at annual festival this weekend 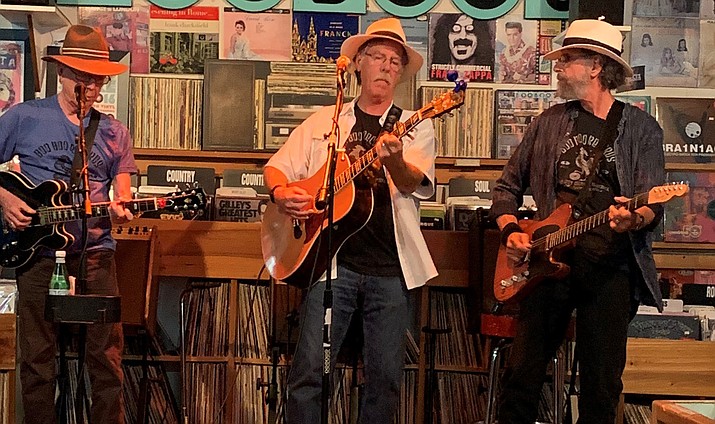 Tune your instruments and get ready to jam! The state’s longest-running folk music event is the perfect way to usher in the autumn season with the entire family.

From Celtic jigs to contemporary ballads, enjoy performances from 200-plus musicians, including more than 30 new artists and groups at the 41st Annual Folk Music Festival that runs Saturday and Sunday, October 5 and 6, at Sharlot Hall Museum.

Music ensembles, folk bands and solo artists will perform at four different venues on the Museum grounds, two blocks west of the Prescott Courthouse Plaza, each day beginning at 10 a.m. and continuing until 4 p.m.

When Sharlot Hall opened her museum in the “Old Governor’s Mansion” back in 1928, little did she realize that her dream of preserving the heritage of Arizona would include music and song.

Five decades later, to celebrate the golden anniversary of the Museum’s opening, the first Festival ushered in a playhouse of sound honoring the frontier traditions of shared family fun.

Over the next four decades, the Festival has grown from a handful of local musicians to an annual homecoming (and gathering) for talented vocalists and ensemble members from throughout Arizona and the Southwest.

Musicians will be jamming on the porch of the ol’ mansion, on the grass in front of the Frémont House, under shade trees or at one of four specialty venues. The public is encouraged to join in in the jam sessions. Simply bring your instrument and get free admission!

Returning artists include such popular acts as the Hudson Harmony Band, JC and Laney, Greg LaCosse, and Folka Polka. Patricia Silverberg is expected to showcase her ASCAP Award-winning compositions, and Lynne Plis will merge her “folkie with a little jazz” with her country and nostalgic ‘40s music.

Throughout both days, workshops will be conducted by the performers on a wide range of musical subjects, including dulcimer, ukulele, songwriting, slide and fingerstyle guitar, and more. As a bonus, the “Young at Heart” workshop is geared specifically towards young people – an opportunity to introduce folk music to young people, and to create their own “rock” art necklace.

Admission to the 41st Annual Folk Music Festival is $5 for the day. Museum members are only $3 per person, and young people (17-and under) are free.