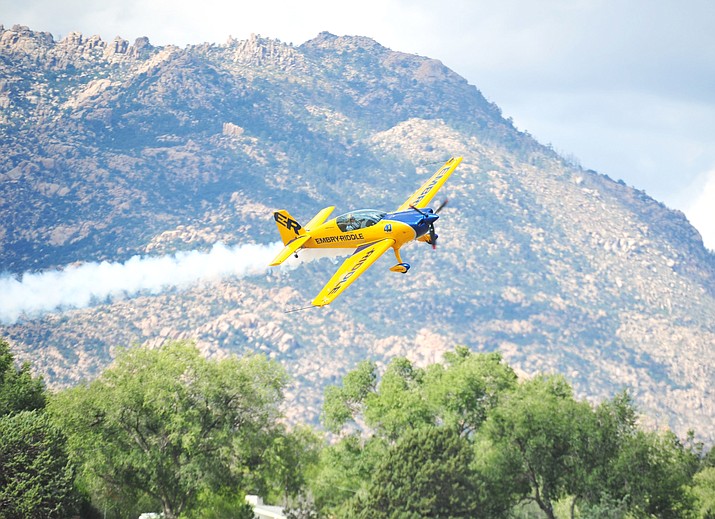 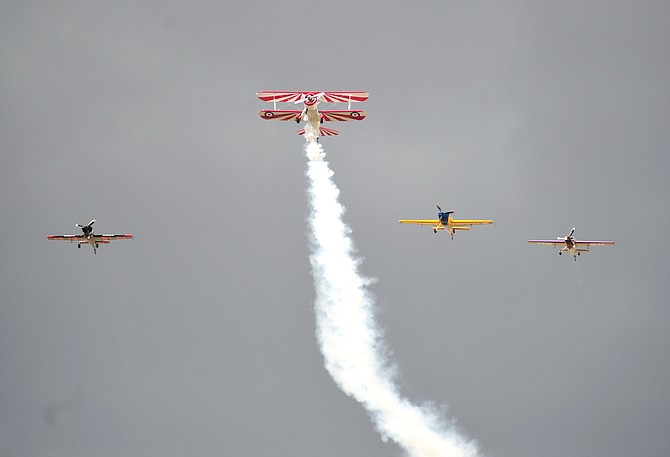 Planes will fly high over the Prescott Regional Airport Saturday, Oct. 5, for the 2019 Wings Out West Air Show, which organizer Kristi Miller said is going to be a great show this year.

“We’re doing a tribute to the 75th anniversary of the D-Day invasion,” Miller said. “We’re going to have a lot of World War II warbirds here flying this year, including a reenactment of paratroopers landing in Normandy.”

Hamilton is the last living Pathfinder pilot who flew on D-Day. He was in Europe earlier in the summer celebrating the 75th anniversary of D-Day and is a Prescott resident, Miller said. It’s an honor to have him at the show, she said.

Hamilton enlisted in the Army Air Force on Dec. 8, 1941, was trained as a C-47 pilot and assigned to the 436th troop Carrier Group, Ninth Air Force and sent to Bottesford Base in England. He then went through Pathfinder pilot training and was assigned to a unit. His first mission was dropping pathfinder paratroopers into Normandy on D-Day, June 6, 1944. In August of 1944, he dropped pathfinder paratroopers in to Dragoon in Southern France and in, September 1944, into Market Garden, Holland.

This is the third year the City of Prescott has partnered with Embry-Riddle Aeronautical University to co-sponsor the Wings Out West Air Show, Miller said. It’s been a great arrangement in order to put on a great event for the residents of the region, she said. 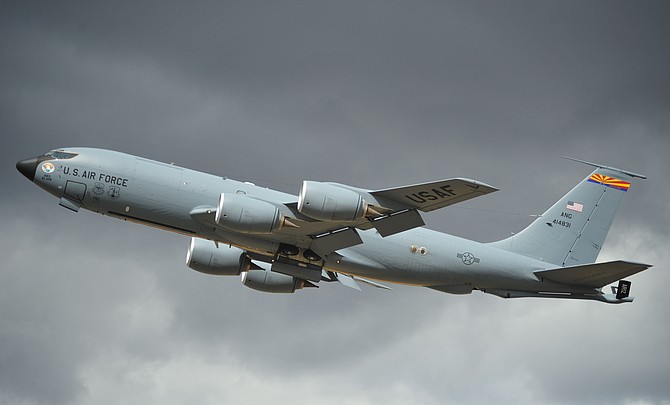 A KC-135 from the Arizona Air National Guard did a flyby on it's way to Pittsburgh, PA during the Wings Out West Airshow at Prescott Regional Airport last year. (Les Stukenberg/Courier)

“We get a lot of kids here that really get excited about aviation. They’re seeing all of these aircraft flying and doing loops and barrels and all sorts of fun things,” Miller said. “We have a lot of great static aircraft that you’ll be able to wander around and see up close and personal, helicopters and things that aren’t flying in the aerial presentation."

The free show is from 9 a.m. to 2 p.m., with the aerial presentation beginning at 10 a.m. There will also be food vendors, simulator flying and the opportunity to purchase rides on historic aircraft, such as the B-17 and B-25, courtesy of the Airbase Arizona Wing of the Commemorative Air Force in Mesa, Miller said. Prices for aircraft rides start at $195.

For more information about the show, or to learn how to purchase rides in historic aircraft, visit www.prcairport.com/wings-out-west-air-show.