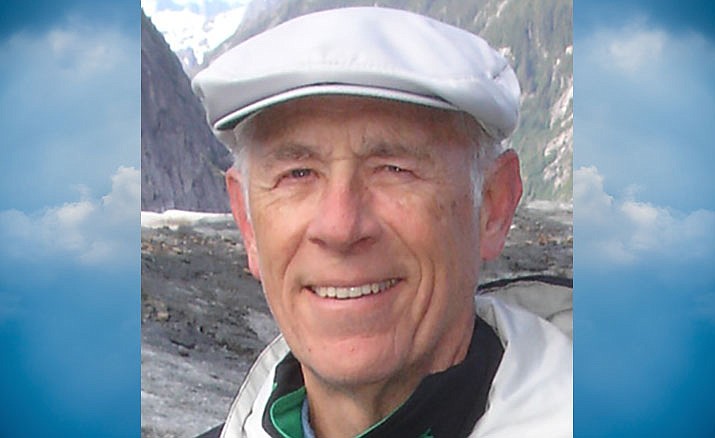 Always a Colorado boy at heart, he graduated from East High School in Denver and went on to get his BA at Colorado State University and an MBA at Southern Illinois University.

While at CSU Gary met his wife, Sharon Shellhorn, in 1960 and they married on July 27th, 1963. They were married for 56 years. After CSU, Gary joined the U.S. Navy commissioned as an Ensign in 1964. His career began as a Supply Officer on the destroyer, USS Benner, out of Long Beach, Calif.

As Gary’s career was coming to a close, Rockwell was acquired by Boeing, where Gary worked until his retirement in 2000. In his spare time, Gary enjoyed wood working and home renovation. After retiring, Gary and Sharon moved to Santa Rosa, Calif., where they renovated an older home. Shortly after, they moved to Prescott, Ariz., so Sharon could be near her aging father.

In Prescott, Gary and Sharon designed their dream house with a big shop and garage for Gary to pursue his hobbies, which now also included antique cars.

Gary was a member of the Prescott Antique Auto Car Club and owned a beautifully restored 1967 Mustang convertible. He volunteered his time as an election official and worked with “People Who Care,” helping people in need of home repairs. He briefly played men’s softball, and though not an accomplished batter, he could still outrun the ball to first. He and Sharon traveled a great deal in their motorhome, touring much of the United States, and as well as trips overseas. Gary was always the willing companion and made friends easily. Gary still felt the draw of the Rocky Mountains and would make a point to travel to Colorado most years to see the Fall aspen colors and visit family in southwest Colorado. He enjoyed the outdoors: hiking, camping and hunting. Gary was a friend to many, a person always willing to lend a hand and was not one to complain. He can best be described as a man with a good heart.

He will be missed by his family and friends. Gary is survived by his wife, Sharon; their two children, Denise and David; and three grandchildren (Kira Eldred, Jenna Eldred and Beldon Phelps). The family was by his side when he passed.

His body was donated to science hoping to help further ALS research.

VA honor guard grave side service is planned for November.