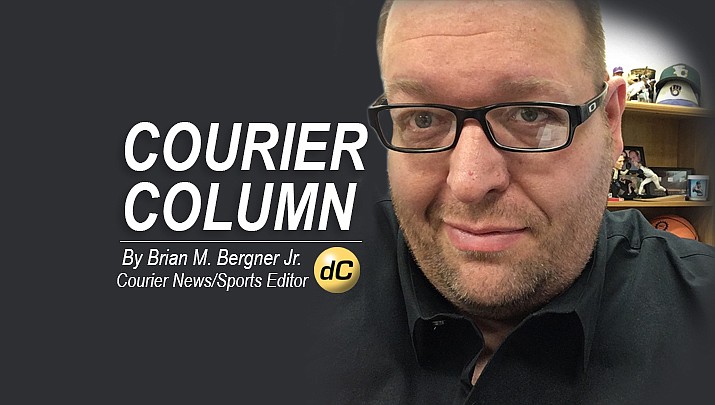 My son is only eight years away from being licensed by the state of Arizona to drive a vehicle.

In a seven-day period between Sept. 24 and Sept. 30 last week, four people died on our Prescott-area roadways.

The first accident was a two-car collision along Iron Springs Road on Sept. 24 that left two people dead after a white 2014 Chevrolet 3500 Crew Cab truck collided head-on with a silver 1989 Toyota Camry.

The truck, according to the Yavapai County Sheriff’s Office, reportedly drove left of the center lane and collided head-on with the sedan.

Three days later, a red truck was seen driving erratically before striking the median and a cable barricade before going off the Pioneer Parkway overpass and falling 20 feet onto the southbound lane of Highway 89.

The truck landed on the hood of a passing SUV. The driver of the truck was declared dead at the scene.

On Sept. 30 there was another fatality, this time involving a motorcycle on Highway 89A.

And these four aren’t the only unfortunate motorist deaths we’ve had recently.

On a Sunday afternoon in early September, a woman died after her tire blew, causing her to lose control of a sedan and roll over the guardrail along Highway 69 near Mayer.

Not wearing a seatbelt, she was ejected from the vehicle and pronounced dead at the scene.

Lastly, an 18-year-old driver from California was seen driving at a high rate of speed Aug. 31 and passed another vehicle before going into a skid. The driver reportedly overcorrected and slid off Williamson Valley Road into a ditch as the vehicle rolled.

The driver was ejected and suffered fatal injuries when the vehicle landed on her, according to YCSO.

A recent study by driving-tests.org revealed from 2013 to 2017, Arizona was ranked the 10th worst state in the nation for speeding deaths at 4.24 speeding-related deaths per 100,000 residents over the five-year period.

And that’s just speeding. It doesn’t account for true accidents like a few of the aforementioned local deaths.

So what advice can a father give to his children when they start driving one day?

Unfortunately, there’s likely nothing I can ever say or do that will prevent a future accident for my kids, who will one day have the enormous responsibility of sitting behind the wheel of a car.

What I can do is start preaching right now how important that responsibility will be. How important it is to keep not only yourself safe, but the drivers around you, because life, no matter whose it is, matters.