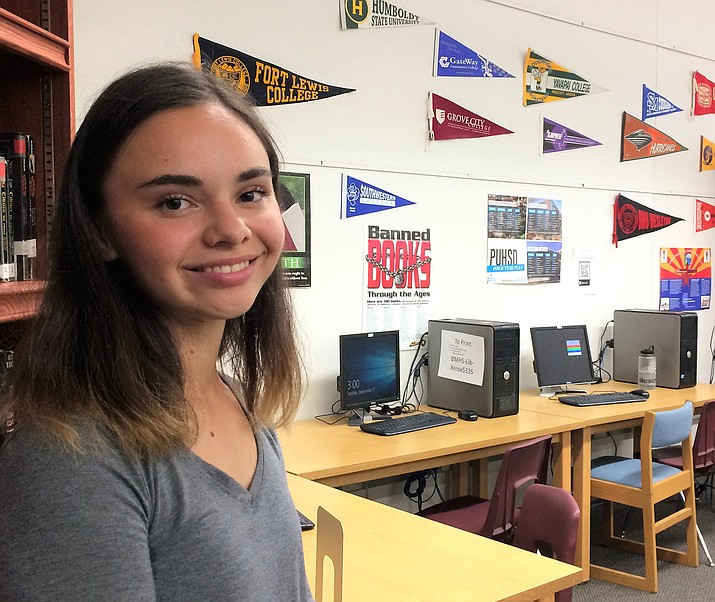 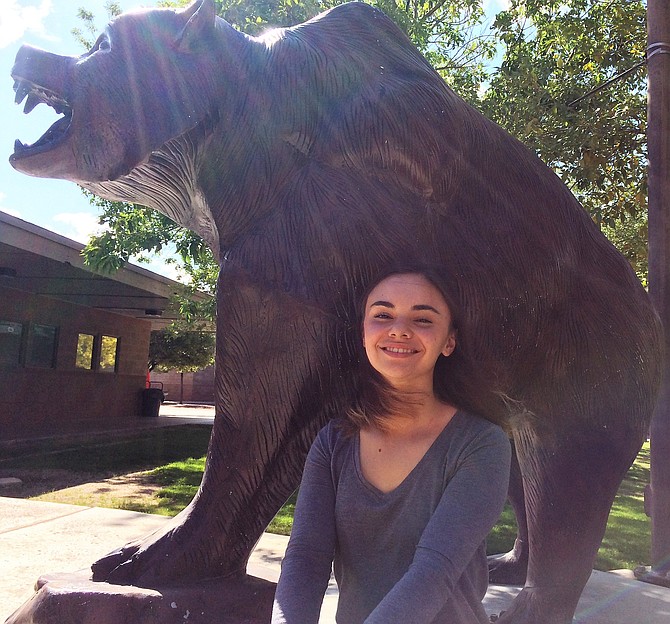 Joining the Civil Air Patrol may not have been the deciding factor in Nicole Babbitt’s early acceptance to West Point Academy, but it certainly contributed to her list of accomplishments.

Her current standing in the BMHS Class of 2020’s 384 students is No. 1. The senior has earned a 4.694 grade point average to date in what Principal Kort Miner calls “an extremely competitive senior class.”

Nicole worked her way up the ranks from first sergeant to first lieutenant, serving as flight commander and cadet commander in between. This experience has given her a basic knowledge of the military, she said. She also joined the high school’s Army JROTC program.

“That’s where my interest in the military began,” Nicole said, adding that she looks forward to a 20-year military career.

Her mother immigrated to the United States from Mexico in the late 1990s, receiving her citizenship in 2008, and currently works as a supply manager at a rehabilitation hospital. Her father, from “the Flagstaff Babbitt family,” works in hazardous materials transportation.

Her community volunteer service includes more than 250 hours at the Yavapai Regional Medical Center where she works in the Emergency Department tending the nurses’ stations and cleaning patients’ rooms.

“I like being there. Everyone is so friendly and the patients are grateful,” she said.

At Bradshaw, Nicole belongs to the HOSA Future Health Professionals and the National Honor Society, where she serves as president for both organizations.

To help give herself a boost before attending this summer’s six-week boot camp, Nicole participates in the high school’s cross-country team.

“Joining the cross-country team as a senior is a crazy thing to do,” Miner said, adding that he was impressed with Nicole’s eighth-place finish in her first race.

This year, Nicole is taking English 101 and 102 through Yavapai College, and is taking Advanced Placement classes in Calculus, Economics and Physics.

Future plans for this 17-year-old include entering West Point’s science department to major in Physics and minor in Arabic language. She eventually would like to enter medical school.

“And definitely travel the world. That’s another reason to study a language,” she said. Already fluent in two languages, Nicole said Arabic is derived in part from Spanish and she hopes that will make it easier to pick up.

Whether she attends West Point or not depends on whether she is accepted into the Air Force Academy in Colorado Springs or the Naval Academy in Annapolis. Receiving the letter of acceptance as a highly qualified candidate from West Point so early in the year is rare; she expects to hear back from the other two academies by March.

“I have no preference. I want to see the options,” she said. She will visit West Point in November and has already been to the other two campuses. “All the academies are well-rounded.”

Nicole’s father said at the council meeting that his daughter has always “done her own thing.”

“I find it hard to keep up with her sometimes.”