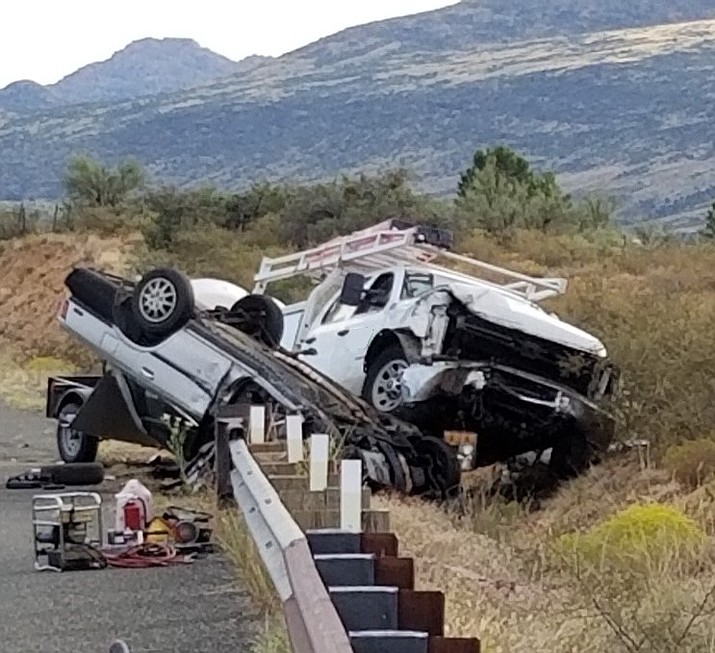 Police have released the names of two people killed in a head-on collision along Iron Springs Road Tuesday, Sept. 24.

Donald Hertzog, 58, of Skull Valley was driving a 1989 Toyota Camry with Terri Griffin, 75, of Skull Valley in the passenger seat when a 2014 Chevrolet truck driving the opposite direction drifted into their lane, witnesses told Yavapai County Sheriff’s Office (YCSO) deputies.

Hertzog and Griffin both died at the scene.

The driver of the truck, 36-year-old Brandon Ragland of Chino Valley, and his passenger both sustained non-life-threatening injuries.

The crash occurred just after 3 p.m. near Skull Valley between mile marker 14 and 15. The cause remains under investigation, YCSO spokesperson Dwight D’Evelyn said.

“In such a serious case, all the avenues will be explored, to include pulling car computer data to assist in determining cause,” D’Evelyn said.

“The investigation will be slow and methodical so the all facts can be presented to the county attorney for a charging decision, if it is decided charges are warranted.”

So far, there has been no obvious indication of driving under the influence, D’Evelyn said.