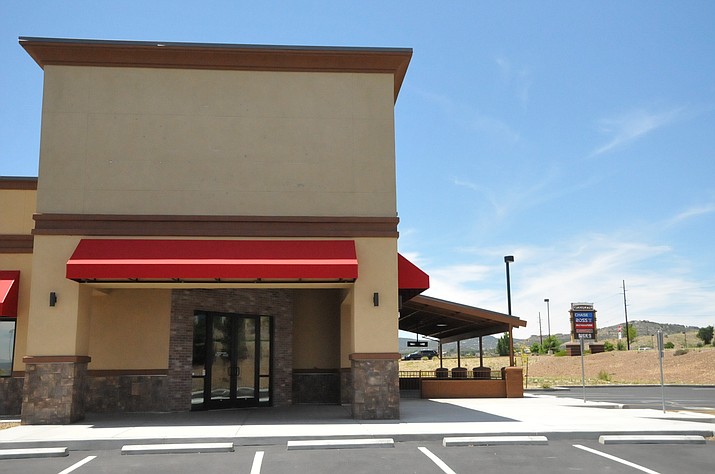 The former Native Grill & Wings, seen here in this file photo taken in June at the Prescott Valley Crossroads Center off of Highway 69 and Sundog Ranch Road, will become the Iron Cask restaurant. It is slated to open in early 2020. (Doug Cook/Courier file)

The Iron Cask restaurant, a fine-dining establishment, has taken over the former Native Grill building and it should open sometime in early January. Iron Cask, a gastropub which will offer a variety of entrees and drinks, is operated by locals Richard and Gretchen Ross with their son, Kyle Ross, serving as executive chef.

However, a few of the businesses next door to Iron Cask, including clothing stores Maurice’s and rue21, as well as the Sprouts Farmers Market, a natural and organic food grocery, welcome the newcomer.

“Hopefully, it will bring us a little more foot traffic,” said one store manager, who asked not to be named. “Sometimes I feel like we struggle because we’re all the way down here at the end [of the shopping center].”

Celeste Holloman, an assistant manager at rue21 for the past six months, had similar feelings.

“I definitely think getting another restaurant over here will help bring in more business,” she said.

Another manager, who also asked not to be named, said it will be a boon.

“We’re excited,” she said. “Extra traffic – and we need somewhere on this side of town that is something different, rather than the fast food.”