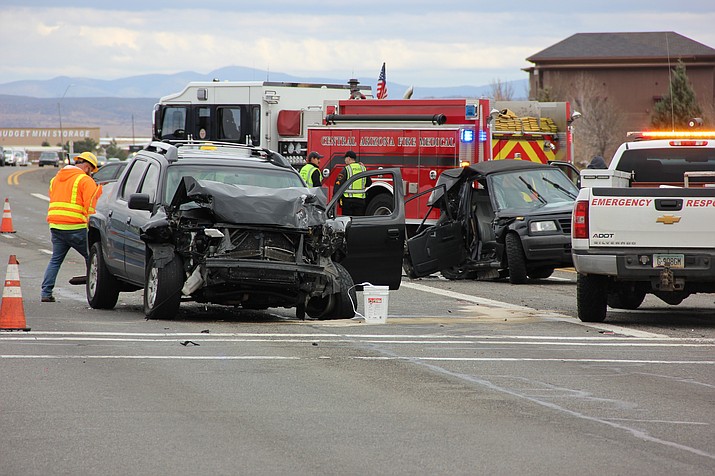 Vehicles sit heavily damaged in the intersection of Highway 69 and Navajo Dr. in Prescott Valley after a 5-vehicle crash Wednesday afternoon, Nov. 27, 2019. The collision was allegedly caused by a Prescott Valley woman who police said was impaired and excessively speeding. (Max Efrein/Courier) 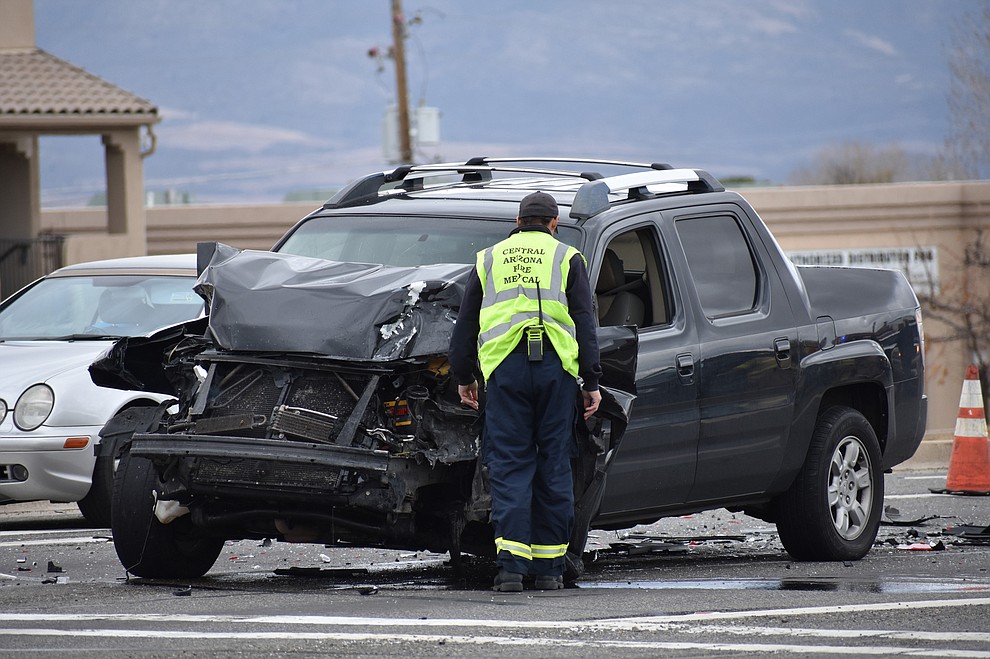 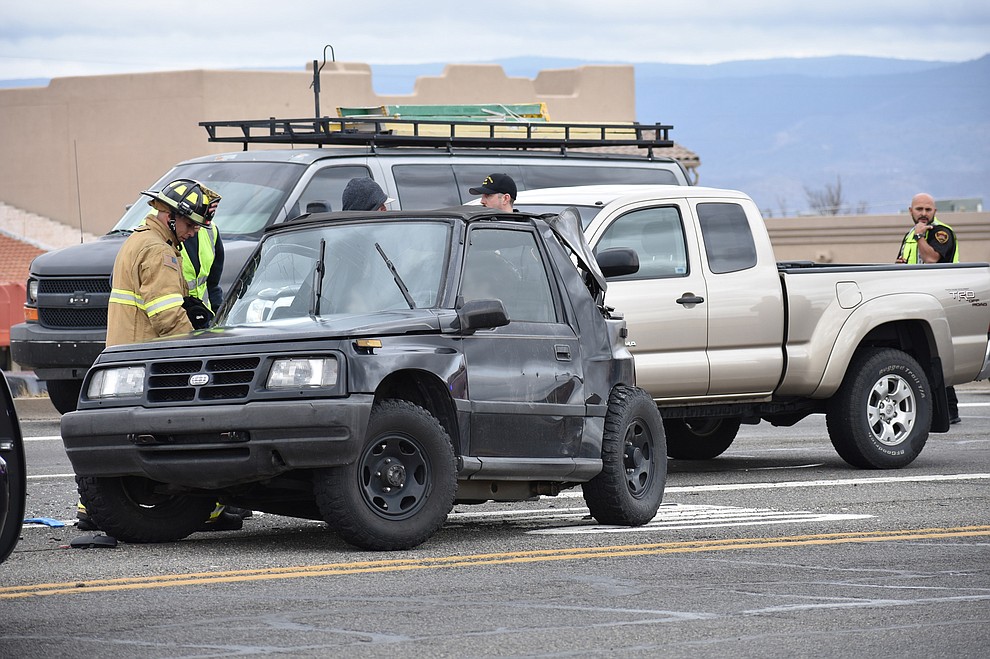 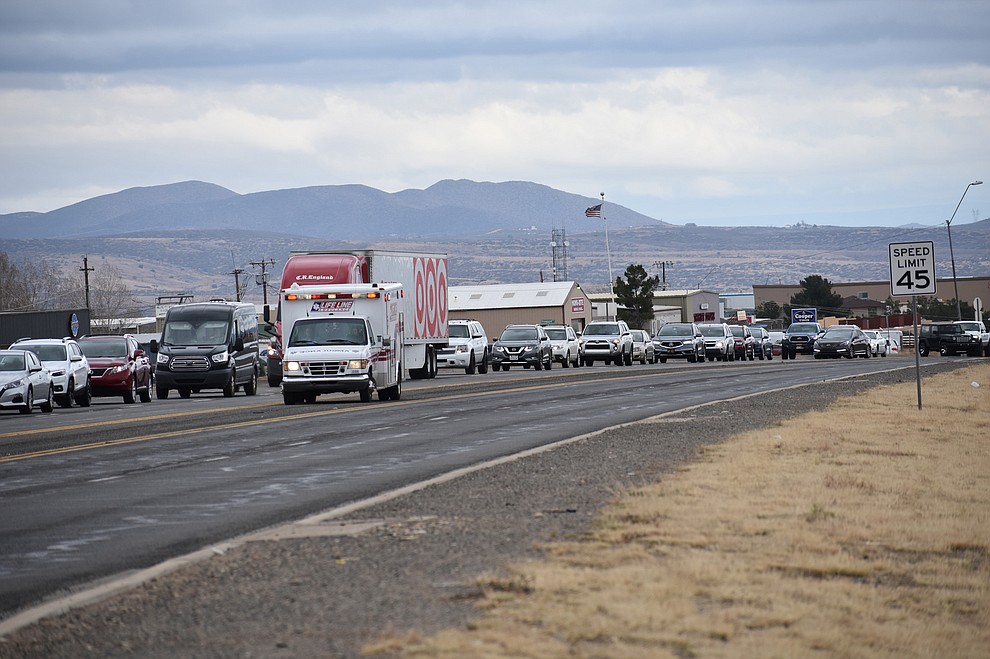 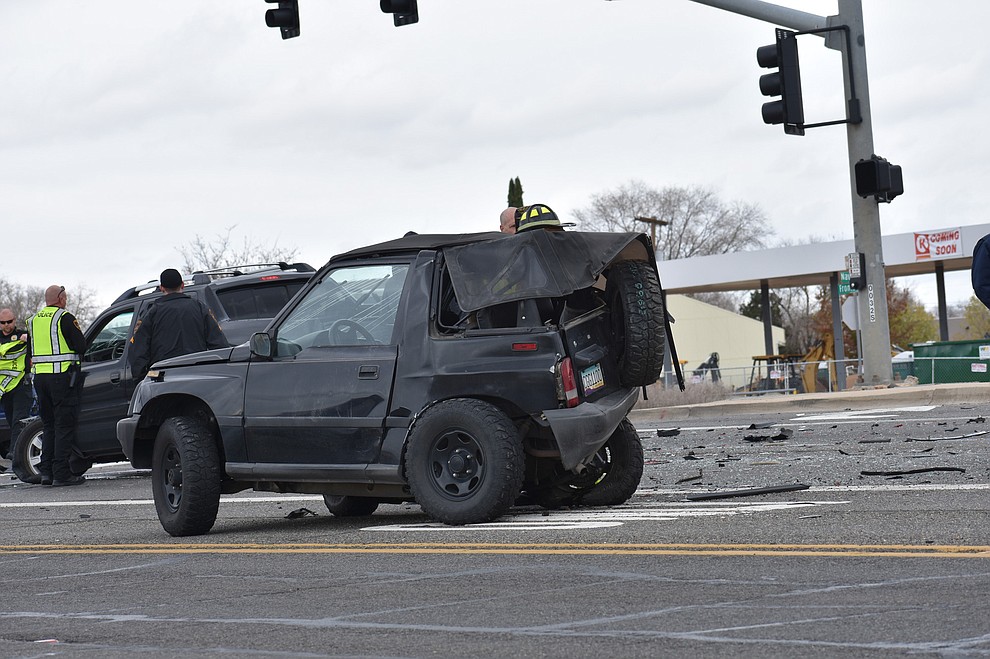 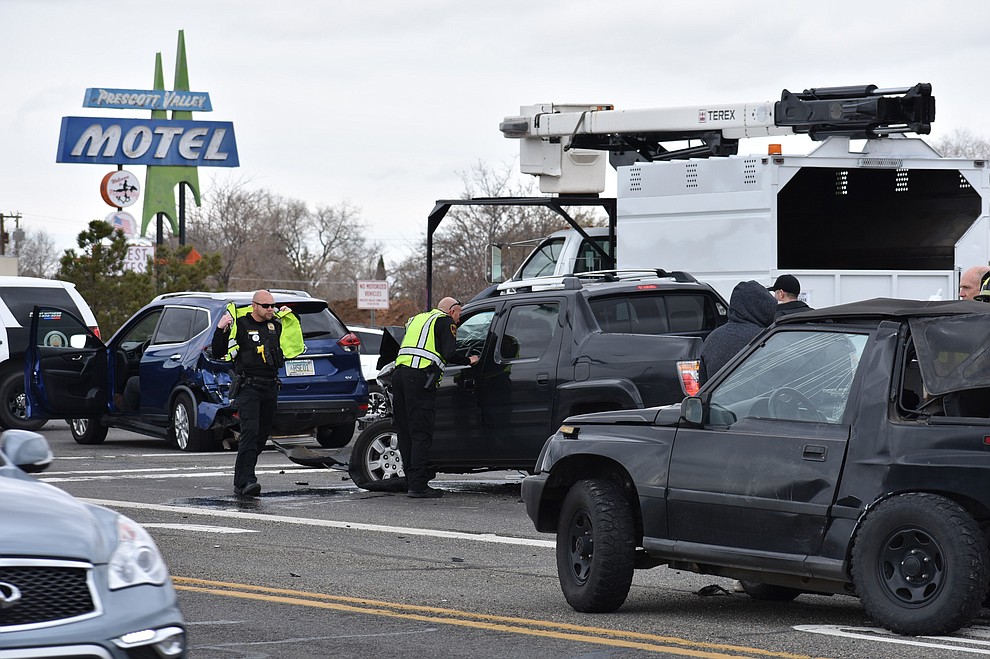 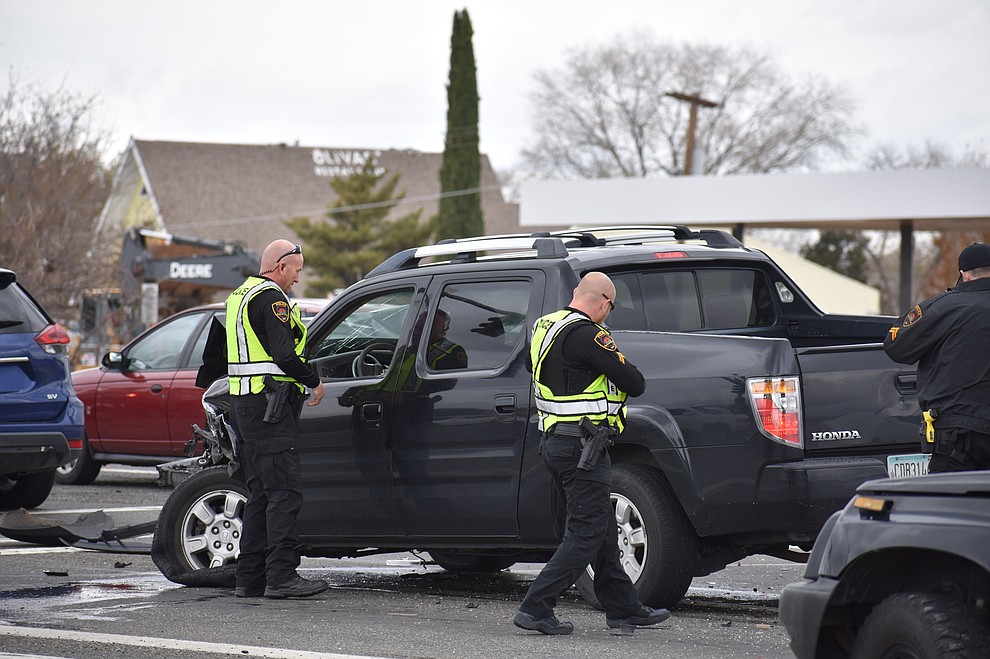 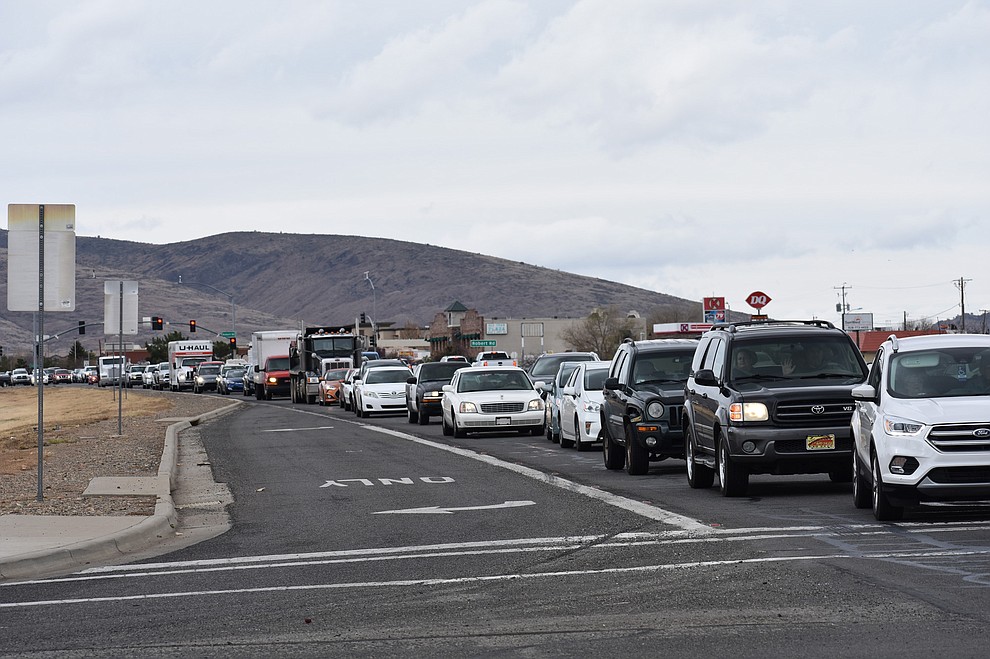 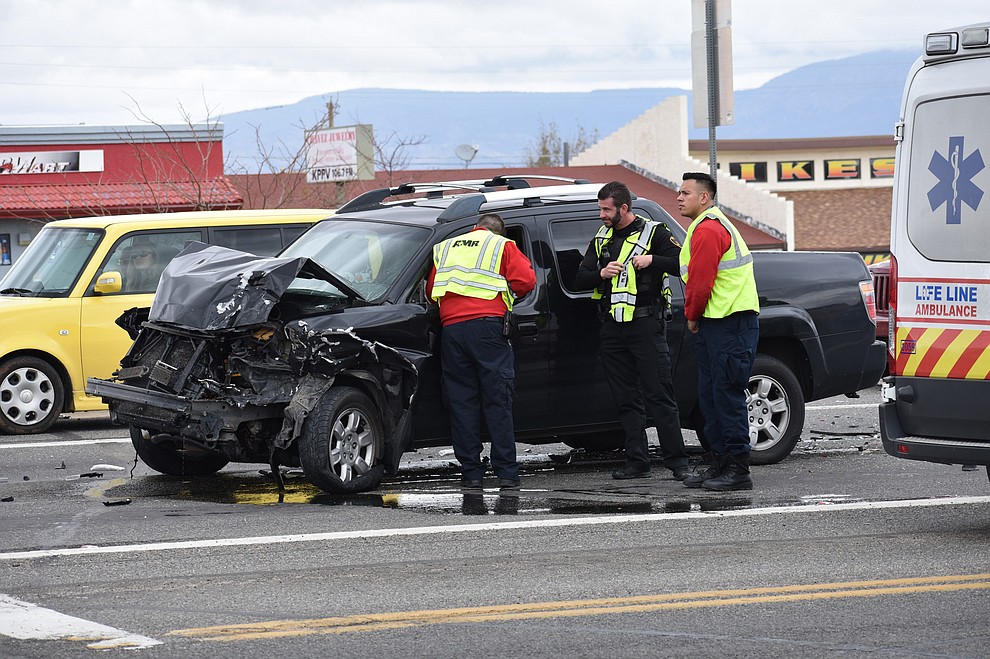 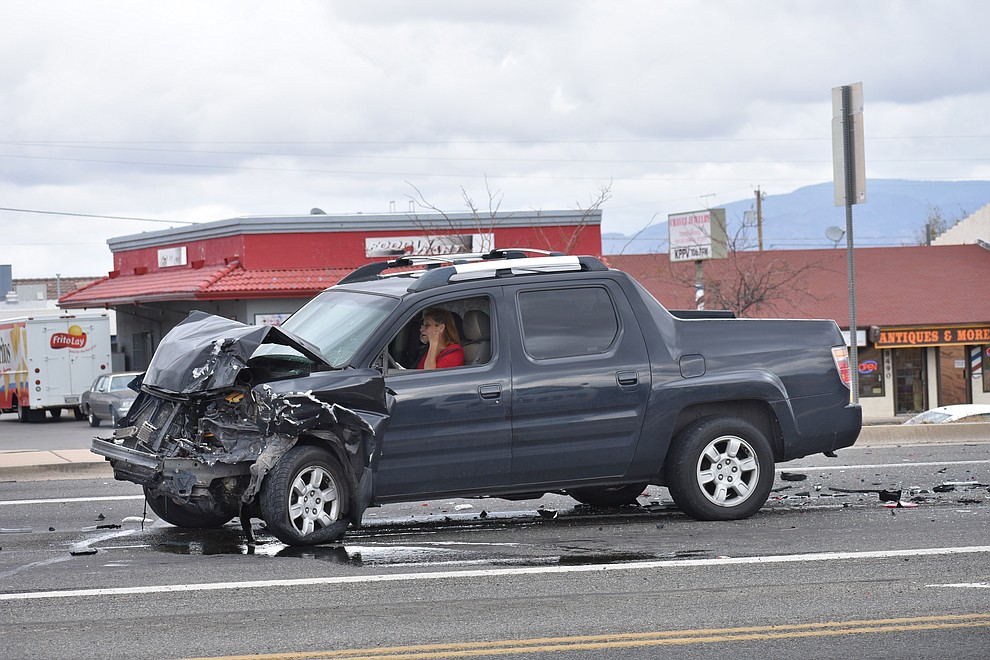 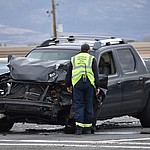 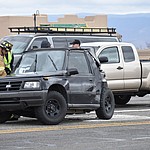 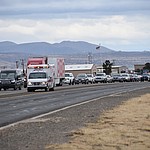 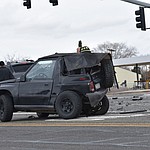 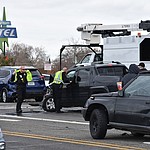 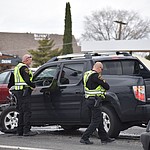 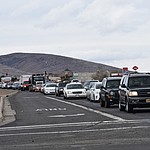 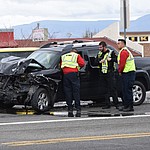 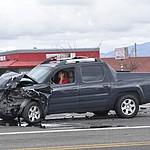 Four people were transported to a local hospital with minor to moderate injuries after a five-vehicle crash at the intersection of Highway 69 and Navajo Dr. Wednesday afternoon, Nov. 27, according to officials.

The collision was allegedly caused by a Prescott Valley woman who police said was impaired and excessively speeding.

Jerry Ferguson with the Prescott Valley Police Department (PVPD) said the woman was likely traveling at upwards of 80 mph in the 45 mph speed zone when her black Honda Ridgeline plowed into several vehicles sitting at the stoplight. Several calls were reportedly made to police regarding the driver before the crash occurred around 1:15 p.m.

There were a total of eight people in the vehicles, four of which desired medical treatment, said Jake Lichlyter, a traffic investigator with the PVPD. Three of the vehicles had to be towed from the scene.

The woman, whose name has not yet been released, was arrested and is scheduled to be booked into the Yavapai County jail on multiple charges, including driving under the influence (DUI).

Traffic was slowed in the area for about 90 minutes while the scene was cleared and investigated.