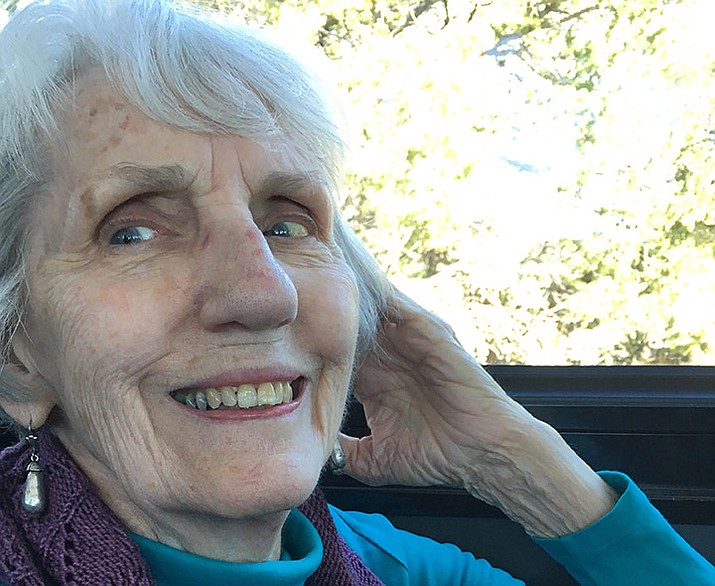 Shirley Buchanan, 88, passed away on November 24, 2019, in her home in Prescott, Ariz., following a brief illness.

Shirley’s life began in Bigelow, Missouri, as the youngest child of Naomi and Vern Buchanan, and sister to Carl and Mona. Her life reached its conclusion surrounded by family and caring hospice workers, in her home in the mountains of Prescott, Arizona. Shirley was so many things to so many different people — daughter, sister, mother, amazing aunt, cool grandmother, wife to Douglas, mentor, confidante, BodyTalk therapist, seamstress extraordinaire, yoga fiend, gardener, social activist — but she was first and always a teacher.

Whether it was under the wide open skies of Montana, or in the Philippine tropics, or the suburbs of Chicago, Shirley spent her working years teaching generations of children about the magic of baking bread from scratch and the joys of “Charlie and the Chocolate Factory”. Even after retiring from the teaching profession, her home was always a warm and welcoming place for students of all ages who found themselves on her couch or at her table, sipping tea and seeking guidance. There was never a Christmas without one of her delicious, home-made care packages which would be polished off long before Christmas day, never a birthday without a hand-written card in her perfect, teacher’s cursive telling her family how proud she was of each of us. How boundlessly she loved us all. She was also funny as hell. In the end, Shirley’s great lesson was in how she lived: a life of courage and joy, lived as an adventure and ended with grace and dignity. Hampton Funeral Home of Prescott, Ariz., has been entrusted with arrangements. In lieu of flowers, the family requests that you call your mother and give your kids a hug.