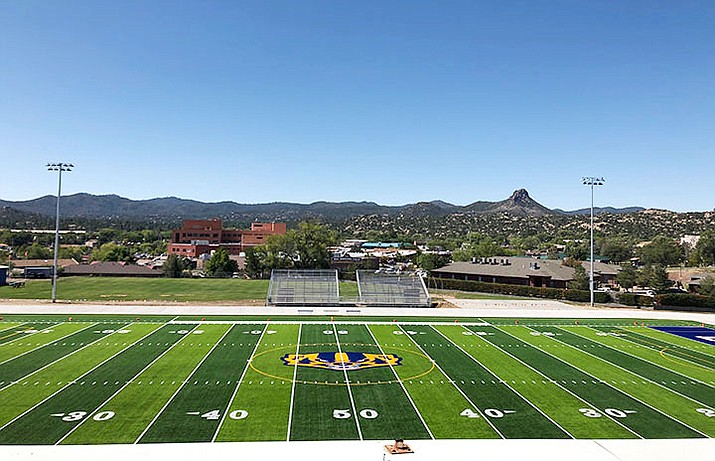 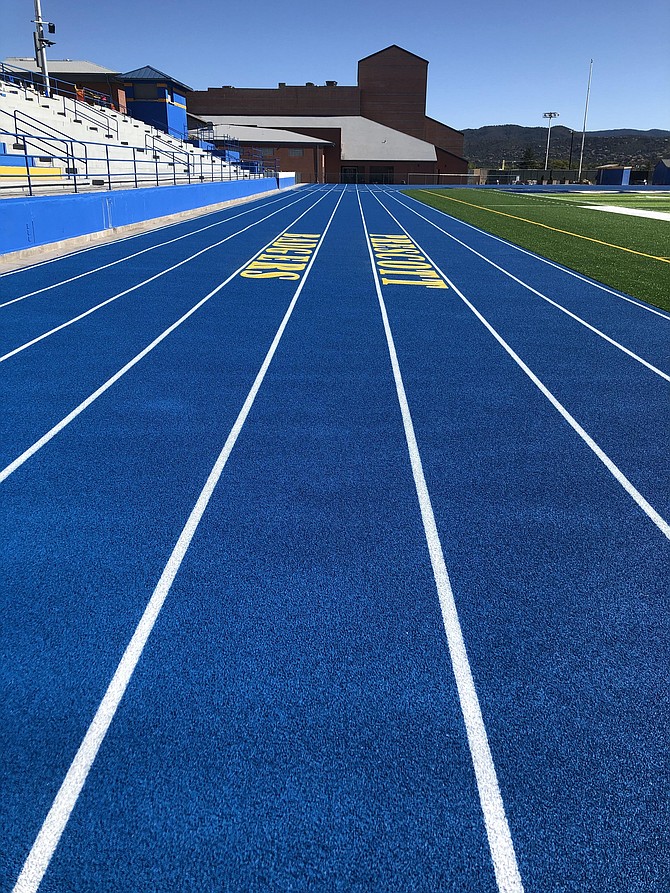 Prescott High School’s newly-renovated McIntyre Community Track was completed in October and is open to the public when PHS teams or community rentals are not using it. (PHS/Courtesy)

Most high schools with a competition-grade track and artificial turf field don’t open them to the public.

Such measures are taken to avoid intentional or unintentional damage.

But Prescott High School (PHS) is keeping with tradition and allowing the community to use their newly-renovated athletic facility.

“We’ve had that relationship with the community with our track and field in the past, so we’d like to keep that going,” PHS Athletic Director Missy Townsend said.

That said, the school has created some guidelines for public use of the facility, which it sincerely hopes people will abide by.

“We really need the community to kind of police itself and police others that are using it, especially on the weekends when school’s not in session,” Townsend said.

A complete list of the rules can be found at PrescottBadgers.com, but some of the general guidelines are the following:

• The track may be used by community members during daylight hours, when school is not in session (outside the hours of 7:45 a.m. and 3 p.m.).

• The track and field may only be used by community members when PHS teams or community rentals are not on the track or field for a sports practice or game. (Since practices/games are held on the track and/or field most school days until 5:30 p.m. or later, the track will be most available during morning hours, weekends, or school holidays.)

• Only water and athletic shoes should be on the track and field areas. No food, sports drinks, bicycles, pets, chairs, etc.

In early October, the school completed what ended up being a more than $2.5 million renovation of its track and field.

Included in that overall price was installation of a new LED stadium lighting system ($393,750) and railings for the bleachers ($26,974).

An additional $400,000 was donated for the track by the McIntyre family, which helped fund the school’s former track in the 1990s and for which the track is named after. That money will either replace some of the bond money used for the initial construction or help maintain the track moving forward, said Brian Moore, PUSD’s chief financial officer.

Though the overall project was a large investment, the long-term benefits are significant.

The school will now be able to host track meets, which it wasn’t able to do before due to the track’s poor condition.

The field also now serves as a viable revenue source for the district. As is the case with many PUSD facilities, PHS’s field is available for rent. But in recent years, the field wasn’t very desirable to renters.

“I don’t know of a single person in my 3 years who came and said ‘we’re going to rent the field,’” Moore said. “No one was going to rent our field in the condition that it was, and now that’s changed. It’s a huge deal.”

In order to keep the facility desirable, the district will have to resurface the track on average every 7 years and the field every 10 years. To have enough money to do this, the district has to save $65,000 a year. About $30,000 of that is accomplished through water savings alone now that the field is artificial instead of real grass.

The remainder will be primarily covered by money set aside in the district’s “additional assistance” fund, which can only be spent on capital and renovation, Moore said.

However, if the school and community properly care for the facility, then those costs can be stretched.

“If the field is well maintained and renters and those using the track do so in a respectful manner by following the guidelines, we may not have to resurface the track for 9 years or the field for 12 years, making our taxpayer and bond dollars go further,” Moore said.