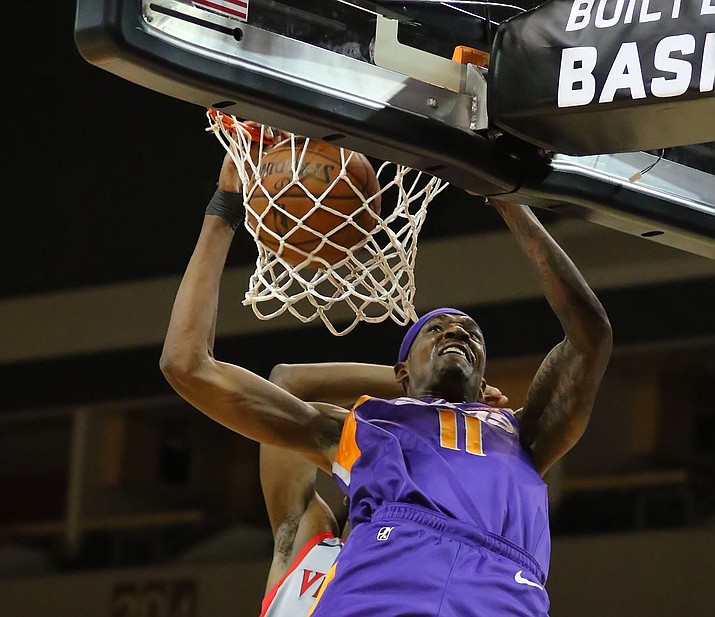 SANTA CRUZ, Calif. — Tariq Owens recorded a double-double with 17 points and 13 rebounds, Jared Harper led all scorers with 20 points and the Northern Arizona Suns won a road game in Santa Cruz for the first time in club history with a 109-100 victory Thursday night.

The win snaps a six-game losing streak to the Warriors on their home court.

Northern Arizona (2-2) outrebounded the Warriors 50-37, outscoring them 20-10 in second-chance points with 13 offensive rebounds.

The Suns also played well in transition, outscoring Santa Cruz 33-9 in fast-break opportunities thanks to 12 steals.

Harper, who was 6 of 13 from the field shooting with four assists, now holds the record for most points scored (81) in a Suns player’s first three games in team history, surpassing Danuel House’s 77 in 2017-18.

Rookie Anthony Lawrence II was 6 of 10 from the field with 10 points and five rebounds, while Texas Tech product Norense Odiase grabbed 13 rebounds in 18 minutes off the bench.

There were nine lead changes in Thursday night’s contest, but the Suns never trailed by more than three points, which came in the first 2 minutes of play after Vander Blue hit a 3-pointer to give the Warriors (3-3) a 3-0 lead.

Northern Arizona heads home to Prescott Valley to host the Lakeland Magic on Saturday night at the Findlay Toyota Center. Tipoff for the annual Breast Cancer Awareness Night is scheduled for 5 p.m.

The Warriors are scheduled to play the Rio Grande Valley Vipers on Saturday in Edinburg, Texas.